Rolls-Royce secured a landmark deal with the US-based airline that will see it supply its Trent 7000 engines to put ten of the carriers Airbus aircraft in the skies. 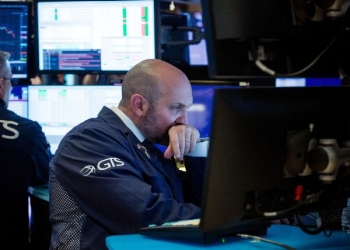 The order continues a longstanding relationship between Rolls-Royce and Delta Air Lines, which also operates Airbus A350, Boeing 777 and Boeing 717 aircraft that are powered by the Trent XWB, Trent 800 and BR715 engines respectively.

‘This is a great endorsement of the A330neo and Trent 7000 combination,’ Rolls-Royce President of Civil Aerospace Chris Cholerton said. ‘We are seeing real momentum building in the marketplace and having Delta Air Lines select our engines twice gives us great confidence for the future.’

The news offers a much-needed boost to Rolls-Royce, which was forced to issue a warning about its smaller Trent 700 and Trent 1000 engine, with 10% of them requiring repairs because of corrosion to turbine blades earlier in the year.

2018 has been a mixed bag for Rolls-Royce, with the company seeing its share price climb to £10.94 in early-August, only for it to lose all its gains as the stock steadily declined back to down to £8.05 levels, in line with where it was in the first quarter of the year.

‘Expanding our A330 order book not only ensures that Delta’s near-to-medium-term widebody needs are taken care of, but also drives our strategic, measured international growth for the benefit of our employees, customers and investors,’ Delta Senior Executive Vice-President and COO Gil West said.

‘The next-generation engine technology from Rolls-Royce which powers the A330neo provides compelling operating economics, superior fuel performance and the range and coverage for our transoceanic needs going forward,’ he added.

The Trent 7000 is the latest member of the successful Rolls-Royce Trent engine family and the exclusive powerplant for the A330neo. The announcement brings the total number of Delta Air Lines Trent 7000-powered A330neos to 35, following an order for 25 aircraft in 2014.