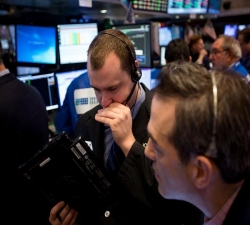 NAB has reported cash earnings have declined 2% due to higher investment spend from investment to transform the business. While, revenue was higher with good lending growth and stable margins.

NAB reported an increase in its common equity tier 1 ratio to 10.2% at September. 30.

'We are listening and responding to customers, including to Royal Commission issues, and are proactively taking steps to be more customer focussed, as we strive to be Australia’s leading bank, trusted by customers for exceptional service.' Said NAB CEO Andrew Thorburn

NAB announced an acceleration strategy last year, with a focus on making the bank a faster and technology first bank, with greater focus on customers.

The bank reported a $1.5 billion increase in investment over the three years to September 2020, to bring total investment spend to approximately $4.5 billion. NAB says the investment is focussing on delivering a better customer experience and more reliable and resilient technology.