US stocks took a hit as Apple Inc and Goldman Sachs Group drag down the tech and finance sectors. 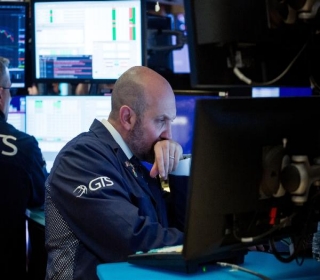 US stocks plummeted on Monday, after Apple Inc and Goldman Sachs Group dragged down Wall street on Monday morning.

Apple shares fell 5% as suppliers’ shares also dropped. Apple Inc Shares fell to their lowest in more than three months. It comes after suppliers issued a warning on results that point to a future predicted fall in iPhone sales.

Apple had warned earlier this month that holiday sales would miss Wall Street expectations this year, due to the weakness in emerging markets.

Lumentum Holdings Inc, cut $70 million off its forecasts for revenue knocking another 5% or $50 billion, off Apple's value in morning trade on Wall Street.

Apple’s earnings per share (EPS) were recorded at $2.91 per share, while they dropped they still exceeded the $2.78 expected by stock analysts. The company’s Q4 revenue rose to $62.9 billion, also surpassing the projected $61.57 billion.

Apple’s 2019 first quarter outlook has also got investors wary, as the company expects revenue to be $87 billion, less the projected $93 billion by analysts.