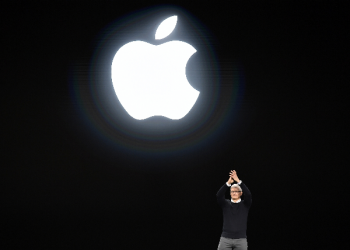 Apple’s earnings per share (EPS) was $2.91 per share, more than the $2.78 expected by stock analysts. The company’s Q4 revenue also rose to $62.9 billion, surpassing the projected $61.57 billion. Though the corporation’s revenue rose, sales for the iPhone remained flat.

In September, Apple introduced the newest and most expensive iPhone to consumers. The iPhone X and iPhone XS Max sold for over $1000. Purchases of the phone were brisk, but sales of the device barely changed from a year ago. While the phones increased the tech company’s bottom line, it was more likely because of the high prices for the products and not growing sales. The conglomerate also reported that it will not report unit purchases of the iPhone in future earnings reports. That news has stoked fear among investors that the devices are in a sales slump.

While iPhone sales are uncertain, Apple has shown progress in other sectors. Apple Pay has been a high point for the corporation. The conglomerate’s services division, including its payment system, reported revenue of $9.98 billion, a surge of 27%. The company has also seen a rise in customers’ purchases in the App Store and in subscriptions to its music streaming service, Apple Music.

‘When we look at our services business, we think about the fact that we have a very large and growing installed base,’ said Tim Cook, Apple’s chief executive officer (CEO). 'The installed base of all our major product categories is at an all-time high and has been growing over the last several quarters, so the opportunity for us to monetise our services business continues to grow over time.'

Apple’s Q1 outlook is underwhelming to investors. The company expects revenue to be $87.00 billion, less the projected $93.00 billion analysts wanted. Time will tell if the higher-priced devices will bring in customers during the holiday season.