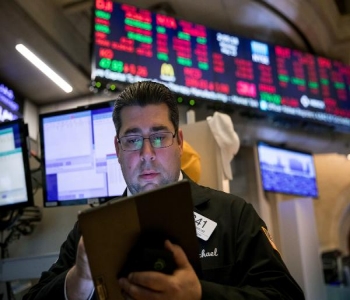 ANZ was the first of the big banks to hike up their rates on Thursday, increasing variable interest rates for Australian home and residential investment loans to 0.16% per annum from 27 September.

ANZ Group Executive Australia, Fred Ohlsson says the decision was difficult given the impact it will have on family budgets 'The reality is it is more expensive for us to fund our home loans on wholesale markets and we also needed to balance the needs of all stakeholders in Australia following the sustained rise in wholesale funding costs as well as consideration of business performance and market conditions.' Mr Ohlsson said.

ANZ bank announced it would exempt Australians in drought-declared regional areas, with no change to the effective rates of their home loans. ANZ has an estimated 70,000 regional customers.

'We wanted to play our part in keeping cash in regional towns impacted by the drought and we hope this will also assist both families and small businesses in these areas,' Mr Ohlsson said.

Commonwealth was not far behind, within minutes of ANZ it announced all variable home loan rates will increase by 15 basis points from 4 October 2018.

The increase to the standard variable home loan rates will be:

​Group Executive Retail Banking Services Commonwealth Bank, Angus Sullivan, said 'We have absorbed these higher funding costs over the past six months in the hope that they would ease. Unfortunately, the costs have remained high and it is now expected that they will remain elevated for the foreseeable future.'

Analysts predict National Australia Bank (NAB) would feel the pressure before not too long and follow suit. The NAB is so far the only one of the big four banks yet to increase rates.