Moderating optimism for the markets

The second week of the year saw US markets retreat on Monday and this could bring broad gains in Asia to a halt. 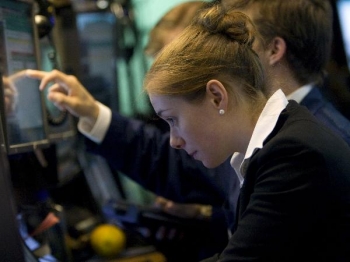 Wall Street saw the DJIA retreat from the 20,000 mark to settle around 19,900 despite drum rolls sounding. The time it has taken from the previous milestone of 19,000 to the current high has certainly raised eyebrows and as WSJ’s article had previously questioned, “Where are the hats?”

Given the price-weighted accounting of the 30 stock representative on the DJIA, it does perhaps serve as a good indication of sentiment in this rally, driven in-part by the optimism post US Presidential-elections. The failure to keep the pace of the rally up does reinforce the bearish sentiment that the optimism could be moderating.

The more comprehensive S&P 500 index likewise fell back to 2270 levels on Monday after printing a fresh high of 2282.10 last week. The healthcare and IT sectors were the only sectors with apparent gains overnight. Evidently crude oil had been an interesting topic for overnight markets with the energy sector dealt a blow by retreating oil prices.

WTI futures declined from a steady $53.70 per barrel (bbl) to a near 3-week low of $51.76/bbl this morning. Catalysing the decline had been news from Iraq, reporting record crude oil exports for last month, renewing fears of an OPEC fall-out. This was despite the country’s oil minister’s reassurance of the commitment to the OPEC agreement that January’s output will not be affected.

For Asian markets, the reversal in Wall Street could dampen the broad gains seen since the start of the year. Early movers including KOSPI and the Nikkei 225 were all found in red this morning, the latter returning from yesterday’s Coming-of-age holiday and still wavering on either side of 19,400, a distance from recent highs.

Notably, the local STI has been a strong gainer since the start of the year pushed by an amalgamation of domestic and external factors. Estimates for the upcoming Q4 earnings season are not been particularly strong and earnings report in the US could prove to be more inspiring for markets. Absent of the strong leads from the US, it would really take away the wind beneath the wings for the local bourse.

The day ahead will see China’s consumer and producer price index update, the latter likely to accelerate on a year-on-year basis. December’s loan conditions will also be due any time between 10-15 January.