Global: Markets shine after US mid-terms

Following the rally seen in UK and US shares, Asian markets followed suit with indexes opening higher on Thursday, the day after the US mid-term results. 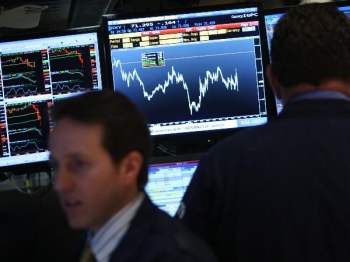 Markets across the globe rallied following the expected results of the United States (US) mid-term elections on Wednesday.

The mid-term elections which saw a record attendance, saw Democrats taking control of the House of Representatives and the Senate kept by the Republican Party. The winning of the House for Democrats will be a downer to US President Donald Trump’s legislative plans, which to some parties are viewed as confrontational and exclusionary for a country.

Unsurprisingly, Japan stocks opened higher on Thursday, following the bull run from US and UK shares. The benchmark Nikkei 225 was up 1.58% or 348.68 points in early trade, while the broader Topix index was up 1.46%. Malaysia and Singapore stocks also opened higher.

Democrats have captured 27 seats so far for the House, with a few races still on the count. The House has a total of 435 seats, and Mr Trump belongs to the Republican Party.

A divided Congress will put a halt any major advances in Mr Trump’s economic agenda. The split will not see new major economic policy changes taking place, which will be a relief for the US to focus on its economic growth and corporate earnings.

According to analysts, a divided Congress has been historically good for equities, as it creates balance in policy making. A Congress concentrated with Democrats would affect the progress of Mr Trump’s policy agenda, while one that has more Republicans could lead to more tax reliefs for businesses with its business-friendly policy approach and be a drain on US’ fiscal outlook.