How would US and China G20 summit impact Asia stock market

We have written about the impact of the US-China trade war with the attention culminated to the G20 meeting up ahead where the two Presidents are expected to convene with trade on the agenda. 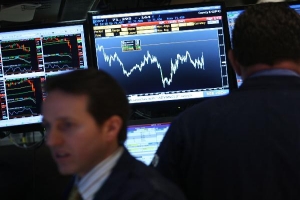 The end-November Buenos Aires meeting holds not just implications for the two countries but also for the wider market, particularly the Asian region, making this an event risk to be reckoned with.

President Donald Trump and President Xi Jinping are expected to attend the 13th Group of Twenty (G20) meeting in Buenos Aires, held over November 30 to December 1, with leaders of the European Union and Japan also in attendance. Politico had detailed that President Donald Trump is expected to meet the Chinese President after the conclusion of the G20 in a “meeting plus dinner” event. Confirmations and timings will likely be firmed up closer to date for markets to watch.

If the 33rd Association of Southeast Asian Nations (ASEAN) meeting, which President Donald had sent his vice-president Mike Pence as representative, had been any indication, the G20 meeting itself would likely find ample criticisms of Trump’s America First trade policy preluding the bilateral meeting.

What is at stake?

As detailed above, the impact of the US-China trade war is expected to be far-reaching. The latest round of a 10% tariff on US$200 billion worth of Chinese imports kicked into place in late-September, joining the wall of worries in triggering October’s global market sell-off. A ramp-up is expected from the end of December should the situation receive no relief.

Ahead of the Trump-Xi meeting, President Donald Trump had also placed the likelihood of further tariffs on the table. Referring to the remaining US$267 billion worth of Chinese imports that will altogether cover all Chinese goods, the US President has upped the scale of damage to the Chinese market should ‘a great deal’ not be established at the upcoming talks.

What are the likely outcomes of G20 summit

Given that this is an unprecedented event of the face-to-face meeting between the two Presidents in the midst of the series of tariffs exchanges, the outcome could be anybody’s guess. Both head of state also welds great power, with President Donald Trump’s control on trade tariffs unperturbed by the latest midterms election results.

Base case scenario – The base-case scenario, which could also be the bullish outcome, would be a formal agreement to re-engage in negotiations that had stalled before the last round of tariffs exchanges. This would mean that the roll-out of additional tariffs for the US$200 billion worth of Chinese imports may still take place, though further tariffs could be held back to facilitate the talks. Prior to the meeting, the willingness to engage in discussion had been shown from both sides and this goodwill could be sustained particularly with the two high-level figures in attendance.

The next best scenario – Coming close in probability to the above-mentioned scenario would be a resumption in the status quo situation between US and China. Evidently, there remains a lot of thorny issues that are difficult to resolve and concerns national agendas. Should no sides agree to budge, a breakdown in talks could lead to wasted efforts and disappointed markets.

The worst outcome – In the worst-case scenario, disagreements could trigger further escalation of tensions between the two parties. Besides more tariffs being slapped on Chinese goods, retaliations from China are to be expected that would hurt growth and destabilize markets.

The unlikely outcome - In an unlikely scenario, we could see compromises from either or both parties that would see lead to a deal being established. This would obviously be the most bullish case for markets, eliminating further tariffs risks in the foreseeable future. Some green shoots have been seen with President Xi Jinping addressing intellectual property protection in the early November expo and reports from Bloomberg of Chinese concessions being tabled this week at talks, although it could be a long way until resolution.

How to trade G20 meeting

The highly speculative Chinese market appears to have been positioning for an all-out trade war, falling through the year and showing signs of consolidation since the July period. This perhaps manifests most clearly on the China A50 chart with prices locked broadly between 10,784 and 11,900 since. The importance of the upcoming meeting could muster enough fundamental drivers to see prices move out of the zone, particularly if the less likely deal formation or escalation outcomes materializes. 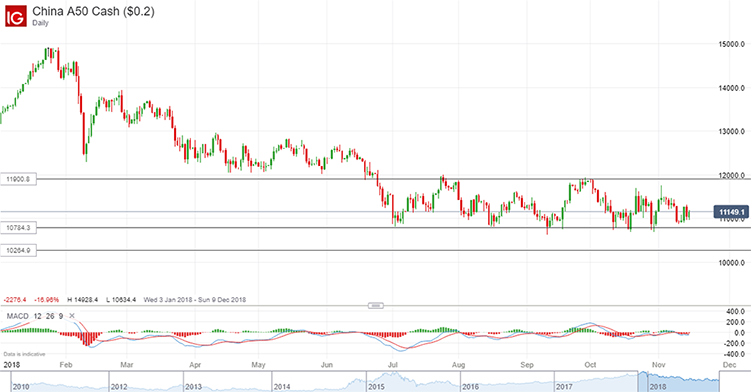 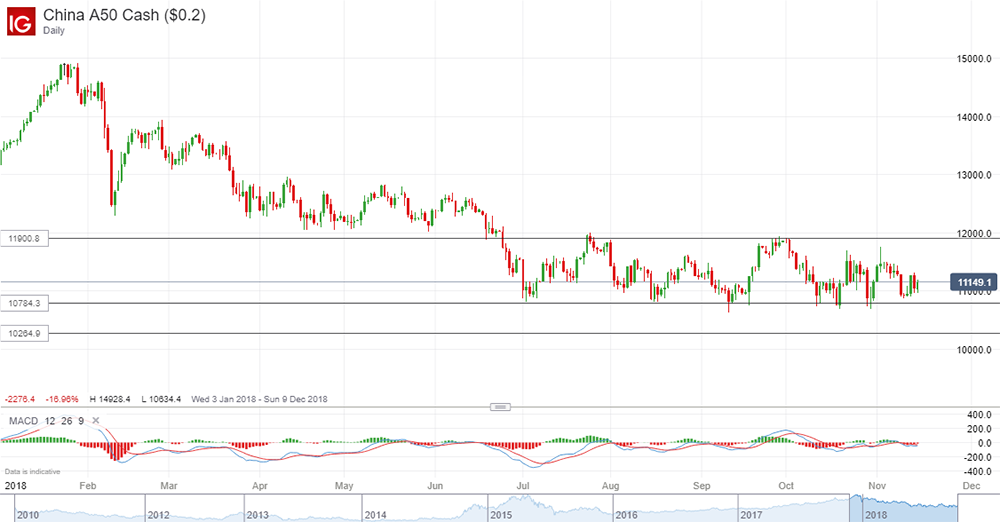 More charts to be updated ahead of the event.