The unemployment rate dropped to 5.%, lower than expected according to the Australian Bureau of Statistics. 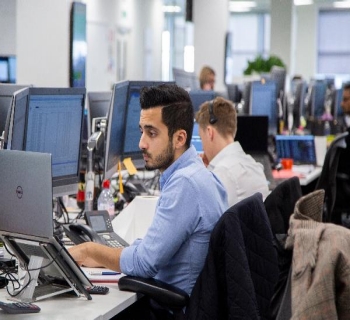 September data shows the trend unemployment rate dropped to 5.%, according to the Australian Bureau of Statistics.

Seasonally adjusted data shows the unemployment rate in September dropped to 5% lower than expected and 5.6 thousand jobs were added to the economy last month

Analysts predicted a steady unemployment rate of 5.3% and an employment change figure of 15.2 thousand.

Chief Economist for the ABS, Bruce Hockman said "Today's figures continue to show a gradual decrease in the trend unemployment rate that began in late 2014.

Over the past year, trend employment increased 2.4 % which was above the average year-on-year growth over the past 20 years.

The net movement of employed in both trend and seasonally adjusted terms is underpinned by well over 300,000 people entering employment, and more than 300,000 leaving employment in the month.

The Australian dollar moved slightly upon the news with the AUD/USD spiking to 0.7130 trading at 0.7120