Australian watchdog ASIC has found what it describes as “unacceptable” delays from Australia’s big banks when reporting significant breaches. 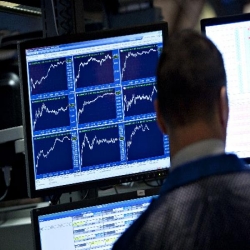 The Australian securities and investments commission (ASIC) report finds, many of Australia's major banks can take an average of 4.5 years to identify significant breaches, which has caused financial losses of up to $500 million to consumers.

The report has found a significant number of financial institutions have taken "too long" to correct, identify and report significant breaches of the law. It includes 12 financial services groups, and Australia's biggest banks, ANZ, Commonwealth Bank, National Australia Bank, and AMP.

Consumers have to wait an average of 226 days for first remediation payments to go through, according to ASIC findings.

ASIC Chair James Shipton has said many of the delays were due to a lack of ‘consumer orientated culture of escalation’.

'Our review found that, on average, it takes over 5 years from the occurrence of the incident before customers and consumers are remediated, which is a sad indictment on the financial services industry. This must not stand. Mr Shipton Said.

According to the law, once a breach has been identified it must be reported to ASIC within 10 days. ASIC said it would consider future enforcement action for failures to report breaches in acceptable time periods.

ASIC's report has stressed the need to speed up the investigating and reporting potential breaches process, concerned the delays are most detrimental for consumers.

'Accordingly, there is an urgent need for investment by financial services institutions in systems and processes as well as commitment and oversight from boards and senior executives to address these significant failings.'' Mr Shipton said.

The findings follow a previous investigation into one of Australia's big four banks, Westpac which resulted in ASIC slamming Westpac with a $35 million fine for breaches in responsible home loan lending earlier this month.