What are the largest stock exchanges in the world? 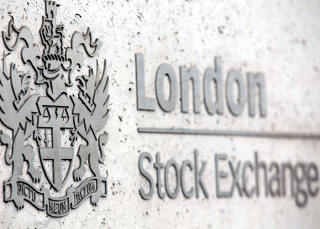 What is a stock exchange?

A stock exchange is a marketplace for the buying and selling of shares, bonds and securities. Stock exchanges can serve as a measure for the health of the national economy, and can also be a key indicator of world economic strength. This is because the growth of the financial market equates to higher standards of living and employment rates.

Traditionally, stock exchanges were physical buildings in each country of operation, but with the shift toward electronic trading many have closed their trading floors and switched to online platforms. However, the institutions themselves are still around, and some of them are bigger than ever with market capitalisations of trillions of dollars. 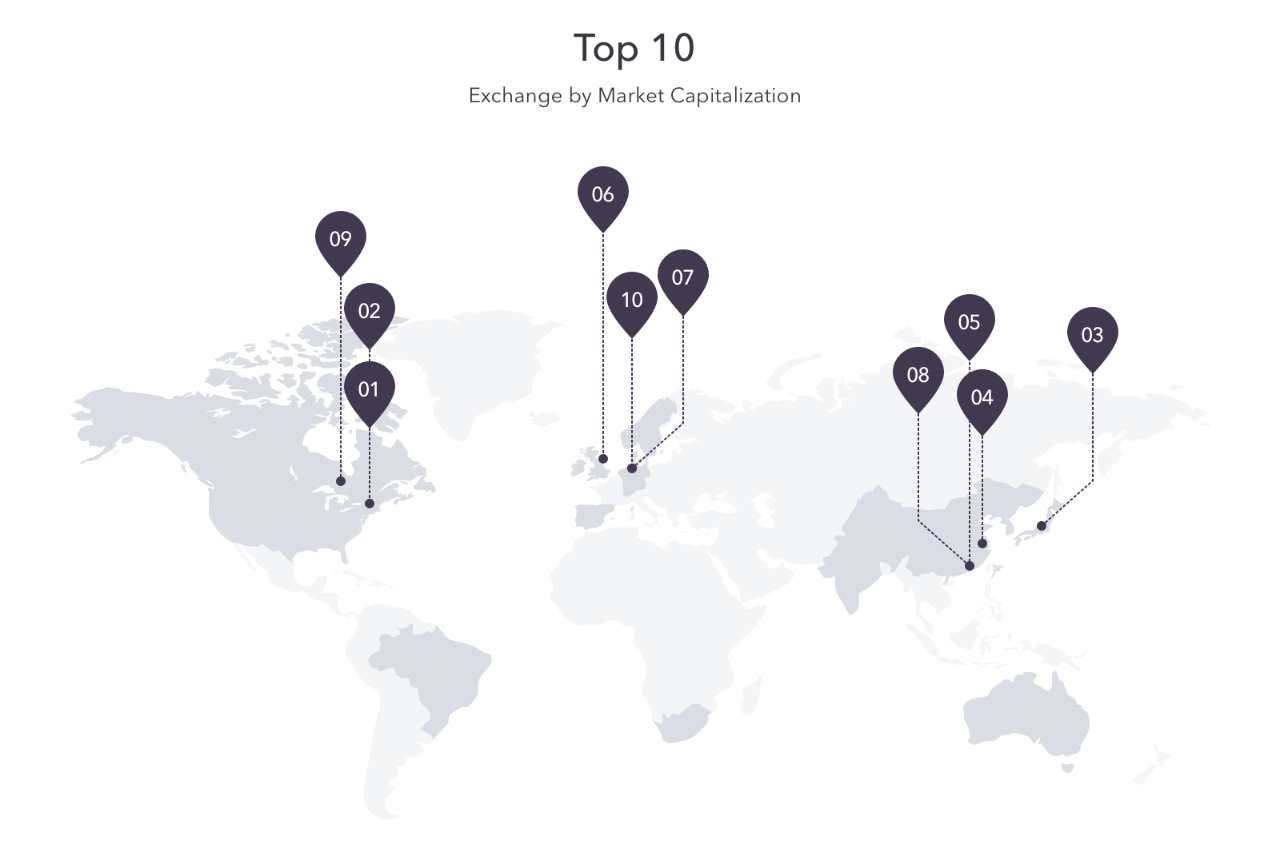 We’re taking a look at the top 10 stock exchanges in the world based on their market capitalisation in March 2018, which have all been adjusted to the US dollar.1 These are:

The New York Stock Exchange (NYSE) is located on Wall Street in New York. It was founded in 1817, but it didn’t operate under the NYSE name until 1963. The New York Stock Exchange Group had a turbulent road to its top spot, with infamous events such as the Wall Street Crash in 1929 and Black Tuesday in 1987. But it has remained the largest stock exchange in the world by market capitalisation ever since the end of World War I, when it overtook the London Stock Exchange. In 2012, the NYSE was taken over by an American futures exchange group, Intercontinental Exchange.

The New York Stock Exchange’s market capitalisation was $23.12 trillion in March 2018 – this is nearly 40% of the total world stock market value. There are over 2400 companies listed on the New York Stock Exchange, which span sectors such as finance, healthcare, consumer goods and energy. Some of its more famous companies include Exxon Mobil Corp (XOM), Citigroup Inc (C) and Pfizer Inc (GE) – the Dow Jones is the most used index for tracking the value of the NYSE, but components can also be listed on the NASDAQ.

The NASDAQ stock exchange is also in New York, located in the famous Times Square. It stands for National Association of Securities Dealers Automated Quotations and was founded by a group of local stockbrokers in 1971. The NASDAQ is unusual in that it never operated on an open outcry system; instead it has always used a computer and telephone-based system of trading, which made it the first electronic stock exchange.

The NASDAQ market capitalisation reached $10.93 trillion in March 2018, which places it as the second largest stock exchange. However, it has the largest market capitalisation of technology stocks – some of the NASDAQ’s top listed companies include Apple (APPL), Microsoft (MSFT), Facebook (FB) and Tesla (TSLA). The index used to measure the performance of the exchange is the Nasdaq 100.

The Tokyo Stock Exchange (TSE) was founded in 1878 and is the largest stock exchange in Japan. The TSE did face problems post World War II – and was even suspended between August 1945 and April 1949 – due to the country’s involvement in the war. It was rebranded in 1949, and is now commonly known under the name of its owner: Japan Exchange Group. The group was formed in the merger between the Osaka Securities Stock Exchange and the TSE in 2013. The Tokyo Stock Exchange now partners with other exchanges all over the world, including the London Stock Exchange.

The Shanghai Stock Exchange (SSE) is one of three independent stock exchanges in the People’s Republic of China – the other two being Shenzhen and Hong Kong, which also feature on this list. The Shanghai Stock Exchange is the fourth largest stock exchange in the world, despite the fact it was only founded in 1990. The exchange’s origins do actually date back to 1866, but it was suspended in 1949 due to the Chinese revolution.

The LSE is owned by the London Stock Exchange Group, which was created in 2007 when the LSE merged with the Borsa Italiana. It is the most international stock exchange, with over 3000 companies across 70 countries.

The Euronext Stock Exchange is based in Amsterdam, Netherlands, but it is a pan-European exchange – it spans the Netherlands, Portugal, Belgium, France, Ireland and the UK. It was founded in 2000 to represent the economy of Europe as a whole, which is why it operates in euros.

In 2007, Euronext merged with the NYSE Group to form NYSE Euronext, and in 2013, Intercontinental Exchange took over the exchange completely. Then, in June 2014, Euronext went public in order to become a standalone company again.

Euronext is the seventh largest stock exchange in the world, with a market capitalisation of $4.36 trillion. Because the exchange includes several countries, there are 1300 listed companies and 30 stock indices that can be used to track its performance. However, the dominant stock index for Euronext-listed companies is the Euronext 100, which is made up of the largest and most liquid stocks on the Euronext Stock Exchange – including AXA, Christian Dior and Renault.

The Shenzhen Stock Exchange (SZSE) is the third exchange of the People’s Republic of China. Although it was founded in 1987, it wasn’t formally operational until 1990. The SZSE is a self-regulated body, but it is supervised by the China Securities Regulatory Commission (CSRC).

The Shenzhen Stock Exchange had a market capitalisation of $3.49 trillion in March 2018, which made it the eighth largest stock exchange in the world.

The Toronto Stock Exchange (TSX) was founded in 1852. It is the largest stock exchange in Canada, with over 1500 companies listed. In 2009, the TSX merged with the Montreal Stock Exchange and so the parent company was renamed from TSX Group to TMX Group. The TMX Group was in talks to merge with the London Stock Exchange in 2011, but this fell through after it failed to get approval from shareholders.

In 1993, ownership of the Frankfurt Stock Exchange was transferred to the company Deutsche Bӧrse AG, which was also in talks to take over the London Stock Exchange. These talks fell through in 2005.