One of Australia's 'big four’ banks, Westpac has been handed a first strike on executive pay in protest over bonus cuts. 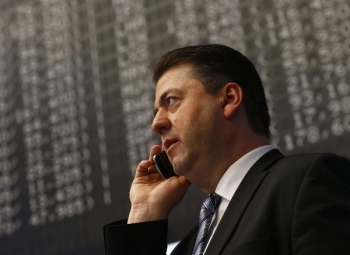 Westpac's chairman said on Wednesday, the bank will receive a protest vote against its executive remuneration plans.

64 % of Westpac shareholders voted against the remuneration report as the bank copped a first strike during this year’s AGM season.

Before the votes had even been counted, Westpac chairman Lindsay Maxsted announced the bank would receive a first strike.

“ Although the Board took events over the year into account, many have questions whether we went far enough, particularly in reducing short term variable reward paid to the CEO and other executives,” Mr Maxsted told shareholders at Wednesday’s AGM

This comes after Westpac and the ‘big-four’ banks came under fire from Australian regulator ASIC, for impropriety in a deep-dive investigation into Australia's banks.

Last month, Westpac reported flat growth in full-year cash earnings, due to higher costs related to refunds and legal services in the after math of the public inquiry into financial sector misconduct.

"The board takes your feedback very seriously," Mr Maxsted said.

Australian corporate rules dictate that if more than a quarter of shareholders vote against a pay proposal for two years running, they can call for the board to be removed

"Given the many concerns expressed we will reach out to more shareholders this year to fully capture and understand your views."

Westpac has already factored in $281 million for customer remediation and associated costs, but has indicated that number could continue to grow.

Westpac shares have already shed about 20% so far this year, but were up slightly on Wednesday.