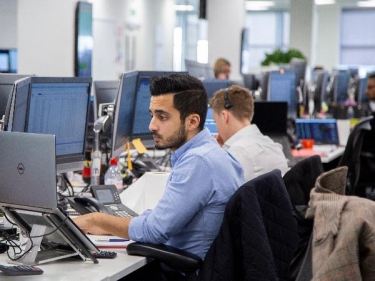 Global equities continued to sell-off overnight, as the US and Europeans caught up on news that US President Donald Trump would be slapping tariffs an additional $US200b worth of Chinese goods. It was almost - at least for some in financial markets - a sense of dismay and incredulity overnight: for many, an escalation of this magnitude wasn’t supposed to happen. “It’s a negotiating tactic” was the perhaps naive and wilfully ignorant catch cry amongst traders— all bluster and no substance from the US President, in his bid to secure a better deal for the US. It’s an attitude that quickly changed yesterday; and for better or worse, one that many market participants won’t risk falling back on any time soon.

Subsequently, risk appetite has effectively disappeared, as a scramble for safe havens emerge. The yield on US 10 Year Treasuries fell to 2.84% after climbing throughout the week, and the USD went on a tear. The stronger greenback has pushed the bellwether USD/JPY around 1 per cent higher to trade above 112.00; the Cable has pushed below support around 1.3250; the EUR/USD has fallen back below the 1.17 handle; and the AUD/USD has broken through several support levels to trade 0.7370 when last checked. Gold has also fallen by virtue of the stronger USD, reversing some of its weekly gains to test again the crucial $US1240 support-mark.

Industrial stocks and the indices that feature them most were of greatest concern overnight. The Dow Jones and DAX are prominent in this sense, and reacted as one would expect: the Dow Jones has tumbled almost 0.9% so far in the North American session, led lower by falls in the price of Caterpillar, while the DAX closed 1.5 per cent lower as pressure mounted on automakers. The materials and energy sector also suffered, baring responsibility for the strong sell off in the FTSE100; while the benchmark S&P followed the broad themes to so far post a 0.6 per cent loss. Asian markets also returned to last week’s heavy selling, a phenomenon of most concern to Chinese investors. The Shanghai Composite closed-down over 1.76% this afternoon, putting a strain on resistance at 2775. The Nikkei and Hang Seng have also tumbled, posting losses of 1.19% and 1.29% each.

Base metals have found themselves dumped again, as fears re-emerge that the latest escalation in the US-Sino trade-war will derail global growth. Copper –  which has experienced probably the highest profile fall lately –plunged a further 3 per cent, trading at $US61.30 presently. Nickel and lead have also clocked over 2-and-a-half per cent losses, while Zinc is trading over 4 per cent lower and at a 12-month low. The dynamic has seen the materials sector on the ASX give up over 1 per cent, thanks in large part to a 1.2% and 1.7% retracement in BHP and Rio shares following two successive days of gains in those company’s shares. Judging by overnight moves, expect similar pressures on commodities today, and perhaps some overdue selling in materials stocks.

There were several other high-profile stories that bear mentioning, even though they do pale in comparison to the overarching theme of trade wars. The Bank of Canada hiked interest rates as widely forecast, taking its cash rate to 1.50%. Crude Oil Inventories were posted for the week, revealing a vastly lower level in inventories of -12.6m (forecast: -4.1m), sparking a paradoxical sell-off in oil, as fears around slower global growth, along the assumption that an oil undersupply will now drive production hikes, sparked a 5 per cent drop in oil prices.

SPI futures are indicating another lower open today, following what was shaping up as a successful end to the week prior to the Trump Administration’s trade war announcement. It was the kick in the teeth the markets didn’t need, but were surely expecting, after several days (perhaps) of unjustifiably positive trading courtesy of optimism about the upcoming US reporting season. Unlike several weeks ago, when the index defied global trends to continue its climb higher, the ASX looks to have run out of luck this time around, with the banks seemingly finished with their recovery-rally, and the materials space appearing weighed down by falling commodity prices.

From a technical perspective, the ASX200 has clearly given up its challenge of resistance at 6300, swan diving through support at 6260 today, to have found stronger support around the index’s 20 day-EMA at 6220 – a level that also comes close to coinciding with a previous and firm resistance level at 6225. The index has closed lower at 6215, and now contemplates another shift lower. If this situation were indeed to occur, it would mark a noteworthy re-entry into an establish sideways trend channel the ASX became caught within towards the end of June. Though that may sound dour, there is still room for hope for bulls: as far as the technical indicators go, the 2-and-a-half month up-trend in the ASX will remain intact, and will so long as it can hold an upward trajectory above current trendline support at ~6150.

The outlier on the ASX worth noting was consumer stocks, which were bolstered by the much stronger than expected Westpac Consumer Sentiment reading released yesterday. The data revealed a figure of 3.9 per cent for the month, up from 0.3% last month, and amounted to the greatest month-on-month increase since May 2016. Both Consumer Staples and Consumer Discretionary sectors benefitted from the news, with the former climbing 0.3 per cent and the latter 0.25 per cent. In terms of the company-level gainers, Flight Centre has rallied just shy of 4 per cent, market darling A2 Milk has added around 2 per cent, Blackmores have gained 1.76 per cent, and Woolworths is up 1.5 per cent.