It was a choppy day in markets as sentiment vacillated in response to the latest escalation in the US China trade war. 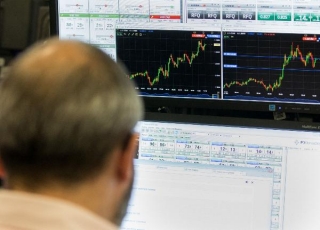 Shifting sentiment: US President Trump made traders wait a little longer than was flagged for his administration's trade announcement, leaving it until well after Wall Street's close to drop the news. Upon the eventual release, initial reactions were unfavourable: though the $US200bn worth of tariffs would go ahead on September 24th at the rate of 10 per cent, this will be upped to 25% come the start of next year is China refuses to come to the negotiating table. Markets viewed the White House's position as much more hostile as expected and began to price in that an equally aggressive reaction from the Chinese would be forthcoming.

Relief rally: Perhaps to Chinese policy makers' credit, trader's worst fears didn't materialise. The gap in the latest chapter in the US-China trade war that has generated so much uncertainty is not what the White House may do, but what the Chinese would do in response. In short: will China's retaliation spark an out of control escalation in this trade war? Though it took until the close of the ASX 200 to come, some measured responses from the PBOC and Chinese bureaucrats thought the Asian session proved enough to convince traders that the situation is under control. Hence, by the time the Chinese announced they would retaliate in line with previous threats of $US60bn worth of tariffs on American goods, traders (for now) judged they had enough information to jump back into the market.

ASX: So that's the state of play (broadly speaking) as we look toward the day ahead. SPI futures are indicating a jump at the open of about 28 points, on the back of a day that the ASX200 shed a touch shy of 0.40 per cent. A bounce is on the cards today for the local market, with energy, materials and health care stocks the ones to watch to drive the recovery. The prevailing sense of relief that looks to drive a synchronised run higher in Asian equities today begs some curious questions for the ASX: the index has found itself comfortable in a range between around 6130 and 6190 in recent weeks, following a bout of risk off profit taking at the start of the moment. If the trade war risks have diminished, can the ASX200 restart its run higher? A move back toward 6220 in the final days of the week may signal the affirmative.

US Session: Wall Street has provided a strong lead for the ASX200 to follow today, though it must be said Australian shares have decoupled somewhat from their US counterparts recently. The tech stocks led US shares higher, which had been sold-off rather aggressively in the last week of so because of fears that the Chinese may target tech-company’s supply chains. The NASDAQ was up 0.76 per cent for the day as a result, underpinning a lift in the S&P 500 of around 0.54 per cent. Speaking of the benchmark S&P500, today’s activity puts that index back within reach of record highs: it came within a tight 5 points away from it overnight, so provided (at the very least) a neutral tone of trade in the day ahead, this milestone may be reached once more in the next US session.

China: The boost in risk appetite bodes well for hitherto embattled Asian equity indices today. Chinese stocks made a late run yesterday afternoon and appear likely to continue the charge in the day ahead. Investors have been reluctant to jump into China’s markets because of trade wars fears and concerns around the country’s fundamental growth, so it remains a matter of interest as to whether the last 24 hour’s developments will shift the dial on this view. Commodities prices – a strong proxy for traders’ attitude towards Chinese growth prospects – generally lifted overnight, boding well for Asian equities today. A change of trend in China’s markets will be hard earned but look for a hold above 3400 in the CSI300 in the days and weeks ahead to signal a change in tide.

Japan: The news flow for the Asian session today looks light, though of course it must be said we are only a Tweet away from that changing. The major event on the calendar will be the meeting of the Bank of Japan, which of course will keep their policy settings on hold. Lost in the back drop of trade war doom-and-gloom over the last week has been the remarkable rally in the Nikkei, which has managed to hold above resistance/support at 23,000. The rally has been spurred by a recent run of strong Japanese data that has supported the contention that Japan’s economy is in a state of improvement. As such, the BOJ’s commentary out of its meeting today may be influential, as the Nikkei eyes a run to resistance at 23,500.

Oil: A story largely removed from matters relating the Asian region and the US-China trade war was developments in oil prices. The black stuff spiked during the European session overnight, after news was reported that Saudi officials had expressed that it would be comfortable with Brent Crude prices over $US80 per barrel. A perfectly rational response from a country which stands to benefit from higher oil prices, the statement planted the idea in the minds of commodity traders that if global supply and production concerns persist in oil markets, that the Saudi’s would be less likely to boost output in order put downward pressure on prices. The $US80 mark will remain a considerable level of resistance for Oil - Brent crude even considering this story and ahead of US Crude Oil inventories data tonight, but perhaps a breach of this zone could turn that price into somewhat of a pivot point, with the next resistance level from there around $83.75.