Ending last week, the tone was a positive one on financial markets, with the strong earnings forecasts trumping (for now) some of the worst fears relating to the trade war. 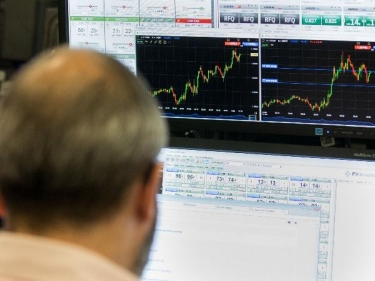 Markets will be pulled in several directions this week, as traders and investors attempt to balance the conflicting stories of the global trade war, with corporate earnings season and fundamental economic data. Ending last week, the tone was a positive one on financial markets, with the strong earnings forecasts trumping (for now) some of the worst fears relating to the trade war. The problem with news regarding the trade war is that – probably by design – it has proven somewhat random. What is known this week is that the Chinese still need to state their formal response, so expect that to dominate that element of the story this week.

Wall Street ended last week on a positive note, with gains to be found on the Dow Jones, S&P and NASDAQ. By no means was it a mind-blowing day for US shares, given the major winner for the day was the Dow which clocked a modest 0.38% gain. However, the resilience of the US markets amidst the trade war bluster should be noted, particularly considering that the major US indices have either held their line or added ground so-far this month. Investors appear happy to prioritize good news over heightened risks at present, even despite disappointing earnings reports from some of the big banks last week, so keep abreast of activity in US indices for signs of further stoicism.

Reporting season truly gets under way this week, after some preliminary company reports kick-off the action late last week. Equity markets –  primarily in the US, but this has set the tone globally – look very willing to shake-off the structural and fundamental risks posed by trade-conflict to take advantage of strong corporate earnings. It may appear to some as that the broader risks in the market are being ignored by investors, or at least not being taken very seriously. However, perhaps a more rational explanation would be that investors behaving opportunistically and with very short-term objectives. Given the global economy is likely at the end of a business cycle, and returns are therefore cyclically higher, jumping into equities now with the view of selling-out after these opportunities are exhausted could be the prevailing play.

European indices also fared well to close last week, posting modest gains and setting the macro foundations for US activity. The recovery in industrial stocks that helped the Down Jones lead the US pack on Friday also supported the DAX, which also closed the day’s trade 0.38% higher. The FTSE was more subdued, adding 0.14% onto the previous day’s closing price. As has too often been the case in recent years, European trade will be stifled by a crisis of confidence in the political structure and economic viability of Europe this week. US President Trump’s visit to the continent for his meeting with NATO, along with fresh concerns around Brexit negotiations in the UK have brought into scrutiny the longevity of the European politico-economic model. The EUR/USD is edging lower as result, pulling back below the 1.17 handle as trader’s park themselves into other safe havens until these stories abate.

SPI Futures are pointing to a flat start to trade today, as local investors await direction from global themes. It was a similar day on Friday to close the week for the ASX200, with Aussie shares collectively closing flat for the session. Health care stocks held the index together overall, supported in part by the recovery in the industrials space. All-in-all however, the activity remained uninspiring, as price action in the ASX becomes increasingly hollow. A serious re-challenge of 6300 looks unlikely if these circumstances persist, especially if the materials sector and banks check-out following their recent resilience. For ASX bulls, hope for support to hold at 6260 and 6220 to mark stronger consolidation.

The ASX this week will have ample material to trade-off – a set of circumstances that could create volatility provided the right mix. US earnings will be a sentiment driver for local investors, who may take their lead from their North American counterpart to gauge investment conditions. The trade war hasn’t really manifested itself in Aussie shares, so it will remain a point of curiosity as to whether an escalation from the Chinese will be treated with the same nonchalance. Domestic fundamental data is reasonably dense too, with RBA Minutes tomorrow and employment data on Thursday to be the local releases to watch. Finally, also look for reports from BHP and Rio Tinto to provide an insight into those company’s performances, and thus the future strength of the ASX.

A swathe of Chinese economic data will be released today, against what is a back drop of mounting concerns for the middle-kingdom’s economy. The headline’s will be dominated by GDP figures, which naturally give the broadest oversight of economic activity. However, for the detailed-minded trader, Fixed Asset Investment and Industrial Production figures are also released, and will probably provide more forward guidance to investors. Recall last month that it was an underwhelming print of those two releases that reinflamed concerns about Chinese growth: it was enough to dump iron ore prices, spark a sell-off in Chinese equities, and send the AUD tumbling. Keep watch for similar behaviour today, particularly in the AUD/USD, which has shown some chutzpah the last three days to presently trade at around 0.7420.