Traders and investors recalibrate following yesterday’s announcement by US President Donald Trump of further tariffs on Chinese imports into the US. 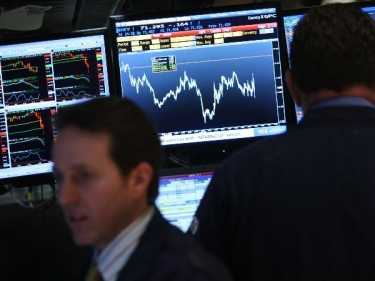 There’s been a broad-based rally across global markets, as traders and investors recalibrate following yesterday’s announcement by US President Donald Trump of further tariffs on Chinese imports into the US. There may be a level of confusion around this dynamic: one day the sky is falling, the next day we are right back to where we were. It can feel like a little bit of Groundhog Day, where markets are stuck in a cycle of Trump-related stock routs followed by general recoveries. The explanation for this erratic behaviour is large investors willingness to pull funds out of the market when bad news occurs, only to re-enter when strategies are adjusted for the new risks.

US tech stocks could be the best measure of this dynamic. The NASDAQ climbed to a new all-time high over-night on the back of a 1.4% rally, which lead the S&P and Dow Jones 0.8 per cent and 0.9 per cent higher (at time of writing) with it. Tech stock traders have felt a sense of relief in recent weeks, courtesy of a welcomed lull in threats made by the US and China towards one another’s IT industry.

It begs the question though: how can things play out in the long run? First, what must be remembered (rightly or wrongly) is that the fundamental investment conditions are considered favourable. A low inflation, solid growth, low rate, low wage growth, full employment environment is an optimal late business cycle environment to invest. Corporate earnings have and likely will continue to reflect this, with another round of bumper reports expected in the upcoming reporting season. Because the prospect of strong short-term returns remains higher according to consensus, investors are willing to jump back into the market after a sell-off, to potentially pick up stocks and their returns on the cheap.

While this appears supportive of the equity markets – at least in the United States, and to an extent in Australia – it doesn’t help the fact that the global economy is staring down the barrel of significant structural changes. It is here that the concern arises and will manifest in the medium if not to the long term. The sort of policies that are being released by US President Trump’s administration are slow burning and will affect financial markets further down the line. Hence, although it can be confusing when witnessing share market rallies amidst all this global economic turmoil, the two extremes can be explained by putting each issue into appropriate time horizons.

Perhaps this is why we are seeing such a radical change in the US Treasury Yield curve at the moment. The reasoning for the progressive flattening and likely inversion of the yield curve is up for debate, and could be something as benign as a function of the US Federal Reserve’s Quantitative Tightening program. Another possible reason, however, could be that given deeply structural changes underway in the global economy, a slowdown in the US and therefore global economy is being priced in by traders in the middle part of the curve. Yields on US 10 Year Treasuries increased slightly on the back of easing risk sentiment overnight, climbing back to 2.85%; while US 2 Year Treasuries sustained its push higher, even despite a weaker than forecast US CPI reading. It’s a rebalance that may set to continue, particularly considering the spread between 10 Year and 15 Year yields is effectively flat.

This would also explain the growing strength of the US dollar, particularly against its Chinese counterpart – which until recent times, was appreciating against the greenback. Short term rates are carrying higher with conviction attract in-flow, while long term rates are staying steady as risks. Moreover, the sell-off in Chinese equity markets and the overall capital flight we have seen in China may reflect these asymmetric growth stories between the US and China. A slowdown in the global economy will be witnessed earliest in the Chinese economy, which relies on the global demand for its exports to sustain itself. The massive sell-off in commodity markets that has run counter to most equity market recoveries may be signalling this, as Chinese industry prepares for the worst.

SPI futures are pointing to another strong start for the ASX. The ASX closed at 6268 – crucially, below what has now become resistance at 6280, indicating that the drive higher in the index may be parking itself. The recovery today was seen in the financials, the consumer sectors, healthcare and the industrial. The losers today were the materials and energy stocks, which suffered because of the global commodity rout. The Australian Dollar struggled in early trade because of heightened risk and the commodity complex, but bounced overnight to climb above 0.7400. Across other regional indices

The Nikkei added around 1 today, the Hang Seng around 0.7 per cent and the Chinese CSI 300 Index piled on over 2%. As was alluded to, this has been due to a solid play back into industrial stocks, the volatility in which has caused a lot of the swings in the Nikkei and Chinese indices. The recovery may hinge today on Chinese Trade Balance data, as trader’s search for signs that the US-Sino Trade War is weighing on the Chinese economy.

Casting an eye over next week, a series of local and international events and data releases pop out from the economic calendar. Naturally, these all risk being superseded by developments in the US-Sino trade war, particularly given a firm response from the Chinese has to be forthcoming. In Australian data, traders will be eyeing RBA Monetary Policy Minutes, employment data and earnings reports from the likes of BHP and Rio Tinto. While in international news, Chinese GDP figures are released, a swathe of Retail Sales figures and CPI data are printed across the globe, and US reporting season will get into full swing.