Staples helped to lead stocks higher yesterday, but news that Chinese investors are set to cut investments in Australia for the first time since 2014 could dampen risk sentiment on Wednesday. 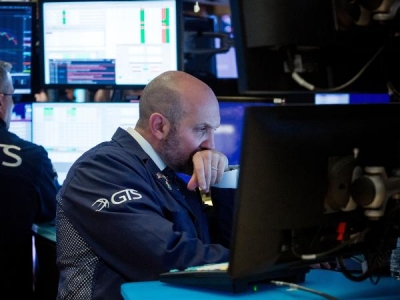 The S&P/ ASX200 managed a small gain yesterday, but futures are set to open lower: Staples helped to lead stocks higher yesterday, but news that Chinese investors are set to cut investments in Australia for the first time since 2014 could dampen risk sentiment on Wednesday.

PM Turnbull’s comments about the media have been said to be part of an anti-China campaign on the back of strict customs preventing Australian goods from getting into the mainland. This has in-turn been partly to blame for the reduction of expected Chinese investment in Australia. To get a sense of why this news may harm short-term sentiment, Australia has about 36% of total shipments destined toward mainland China per Bloomberg so a drop in business relations would hurt growth prospects for many firms and likely weigh on the index.

Wall Street stoic after G7 spat, amid North Korea summit, ahead of Fed: Activity levels in the US capital markets have ground to a halt. Of course, this quiet isn’t just an affliction for the US indices; but these typical beacons for speculative activity are showing an exaggerated level of inactivity while much of the high profile fundamental event risk seems to be centered on the US. The fall out from the G-7 – where President Trump put the country at such distinct odds with its global peers – is still filtering through the financial markets. On the positive side of the equation, the summit in Singapore between the US and North Korea has earned little enthusiasm among global investors despite the encouraging implications for global peace. Further, the US consumer inflation report for May released this past session has added weight to today’s FOMC rate decision. The headline price figure met its forecast of a 2.8 percent clip which puts the pace well above the central bank’s target level. Yet, if this adds to optimism or spells the end of a ‘free ride’ for speculators in their view, it isn’t showing through in price action. For context, the average range of the S&P 500’s past five trading days (ATR) is the lowest we’ve seen in five months when we were coming out of the holiday thaw. Is this contentedness or complacency?

Fed on tap and a hike is fully expected: Under normal circumstances, traders head into a central bank decision with a ‘will they or won’t they’ assessment of the group’s intentions. That isn’t so with the Federal Reserve. Having worked on their forward guidance delivery system for so long, the US authority has successfully found the balance where they can direct market expectations without making an explicit promise for outcome. That said, there is still speculative weight to be found in this meeting. On the trader’s level, interest is to be found in the intention for subsequent monetary policy through the rest of 2018 and beyond. There is still a generous 46 percent probability that the Fed goes for four full hikes by the end of the year according toe Fed Fund futures. That is presumptuous against a backdrop of troubled global trade and with the Fed moving so far away from the average policy setting of its global counterparts. With the forecast so engrained and set so high, it is likelier easier to ‘disappoint’ Dollar bulls than it is to impress them. For the big picture investors, this event will help define exactly what matters in the scope of the global financial system. Could aggressive monetary policy be the pin that finally pops the speculative bubble as has been suggested so many times before?

Is the Pound driven by its Brexit or BoE views?: The Sterling has been landlocked for the past week. In an equally weighted index, the Pound has not moved beyond tight range boundaries established since mid-last week. That is remarkable considering the run of important fundamental updates that has come down the line. Following up on Monday’s disappointing mix of trade, industrial production and construction data; the docket Tuesday offered up labor statistics. The jobless claims change for May registered a 7,700 drop while average weekly earnings cooled slightly to a 2.5 percent pace. Nothing ground breaking in the data, but it does throw a little more weight behind the consideration for the BoE’s next move. This upcoming sessions’ inflation update (CPI, PPI, RPI and the house price figures). If this data checks in with a tepid tempo, it may work to push the attention over to Brexit votes to secure the government’s ‘no Brexit’ option rather than simply deflate the Pound on already tepid rate forecasts.

Aussie Dollar volatility continues without a clear course setting: On a trade-weighted basis, the Australian Dollar is doing little to set its own course. This past session, the currency was in retreat but there wasn’t enough pressure to send it into a meaningful decline. The docket has done little to help define a clear drive. Tuesday’s NAB business sentiment report reading softened but didn’t stall while home loans slide 1.4 percent – not as much expected. The consumer sentiment figure due Wednesday morning is unlikely to clear things up with so many global themes creating cross winds. Perhaps Thursday’s employment update will shake the range loose and offer enough fundamental drive to win a clear trend. Then again, if global trade headlines spill into speculative views, the data will be readily supplanted.

After trading at four-year highs last week, LME Copper continues to fall: The view that supply disruptions at the world’s top copper mine have cooled after workers at the BHP Billiton Spence copper mine in Chile are said to be working on a wage agreement that is helping to signal that copper-supply anxiety is unnecessary.

A drop in LME Aluminum stockpiles helped to see the key base metal rise for the second day on supply uncertainty after Brazilian refinery, Norsk Hydro was unable to resume full alumina output.

Lastly, crude oil stayed supported by the view that producers such as Iraq may help sway the present view by Saudi and Russia not to roll back production curbs too aggressively. The resistance against boosting oil supplies from OPEC producers was enough to keep WTI positive on the session for a rise of 0.25 %.

The Singapore Summit ended with a signed document promising denuclearization, and little market reaction: The market showed how passive it has become after the Trump-Kim summit provided no volatility. Kim Jong Un got his publicity, and Donald Trump received a “comprehensive document” that was signed by himself and Kim stating a declaration toward complete denuclearization of the Korean peninsula would help lead to joint efforts of a stable peace regime.

The South Korean Kospi was little changed while the Yen and Won weakened on the news. The market now appears more appropriately focused on the slew of central banks through the week’s end.