The enthusiasm the speculative rank tried to carry through the weekend into Monday trade fell apart Tuesday before New York trade even kicked off. 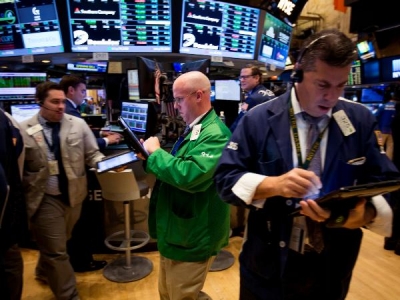 Wall Street wins bullish gaps and a Nasdaq record high close, not much else: The enthusiasm the speculative rank tried to carry through the weekend into Monday trade fell apart Tuesday before New York trade even kicked off. Europe was notably showing signs of struggle and the Asian markets were themselves uneven. Despite the obvious struggle from the open, the US indices were still able to earn a bullish gap on the open. This was the third consecutive positive jump to on the open, but it seemed that all the motivation the bulls could muster was spent on that initial bump. The Dow would close out the day slightly in the red and the S&P 500 was little moved which gives the technical picture a particularly troubling pallor considering it made a bid to break to a three-month high as of Monday. The ‘highlight’ for the day was from the Nasdaq which posted a second consecutive record high close, yet it did so with virtually no progress after the opening gap was accounted for and with the third smallest daily range in five months. Considering this lack of progress on a day where there weren’t troubling trade war headlines, investors were processing the news that the US-North Korea summit was back on, and the ISM service sector survey bested expectations to bolster one of the key segments of the US economy; it is perhaps telling what kind of market we are dealing with.

US and Canadian trade reports amid trade wars: As a proxy to US growth, the ISM’s service sector activity report is particularly appealing. It reflects nearly three quarters of the business sector’s output and approximately the same ratio of US jobs. That said, the larger-than-expected pick up for the series (a 1.8 point increase to 58.6 versus the 0.8 point forecast) earned little sway in local capital markets or for the US Dollar. It isn’t that this data isn’t economically important. Rather this is a by-product of the market’s underlying focus. Growth measures don’t carry much weight with the focus directed elsewhere – like trade wars. The United States’ decision to move forward with the steel and aluminum tariffs this past Thursday opens the door to greater uncertainty in exports and global growth moving forward. This unresolved risk will make the upcoming US and Canadian trade reports for April due Wednesday particularly important. Given that we have yet to see the true impact of the new tariffs and subsequent retaliation, we shouldn’t expect to register these developments in the data. However, we will see the health of this economic relationship even before the curbs have gotten off the ground. If trade is already suffering before these policies were implemented, it would only set a more troubling outlook for when the trade war is underway in earnest.

Emerging markets slip more on session’s data than recognition of trouble ahead: There are few economic segments that stand to lose more than the emerging markets amid trade wars. While the most recent headlines may cast the focus on the US tariffs raised against the European Union and Canada, these make the tape because they are controversial. The world’s largest economy imposing taxes on the EM is assumed both due to their dependency on trade, their penchant to stretch the typical agreement of mutual benefit and their lack of position to negotiate. Nevertheless, the retreat from the EEM ETF this past session was more heavily sourced in the moderation in general growth figures and a poor showing in a string of BRICS data. PMIs for the group was broadly disappointing for May which speaks to economic activity. Meanwhile, the South African 1Q GDP update was the most remarkable figure on the docket surprising with a 2.2 percent contraction that sent the USD/ZAR exchange rate back to test the 2018 high of 12.80. This group has been responsible for much of the fantastic growth across the globe and should be considered a bellwether for the practical implications of the unfolding trade war. Watch closely.

Spread in US-European standard contracts ease, copper tumbles: Broad commodity indices didn’t give a very encouraging view this past session. Amongst the various product groups, one of the most consistently bullish showings would come through metals. Gold, silver and other precious metals offered a reserved advance. It was copper that led the day with a 2.4 percent rally – the biggest since mid-February – that cleared out resistance as wage negotiations in Chile raised concerns over production. In the energy sector, crude oil was once again drawing the most attention. This past session, however, the US-benchmark WTI took a breather from its critical break of channel support and the 100-day moving average with the first positive performance in four trading days. More remarkable in this product was the slide from Europe’s preferred Brent contract which dropped just shy of 2 percent to post the largest reduction in the WTI-Brent spread in months.

Energy, materials drag down S&P/ASX 200 as oil prices drop: Australian shares were back on defensive Tuesday, shedding 0.51 percent. A shallow uptick in bank stocks was not enough to offset losses in energy and materials names, which recorded loses of 1.26 and 1.01 percent respectively. That followed a steep drop in crude oil prices, which hit the lowest level in nearly two months amid speculation that an OPEC-led group of top producers is preparing to dial back their coordinated output cut scheme. Ministers from several OPEC countries said they want to “ensure stable supplies are made available in a timely manner” at an unofficial meeting in Kuwait City over the weekend. Looking ahead, all eyes are on the upcoming release of first-quarter GDP data.

Australian Q1 GDP data may disappoint despite growth uptick: Economists expect to see a brisk uptick in Australian economic growth in the first three months of 2018. Output is seen adding 0.9 percent, marking the largest increase since the three months through December 2016. Leading PMI survey data reinforces the case for a pickup. Australian data outcomes have broadly disappointed relative to baseline forecasts since the beginning of the year however, hinting that analysts’ models may be overstating the economy’s vigor. That might translate into a shallower uptick than projected, weighing on share prices and the Aussie Dollar alike.

AUD/USD rebound capped at pivotal chart barrier: The Australian Dollar pushed sharply higher against its US counterpart amid a recovery in market-wide risk appetite but the move was conspicuously cut short at trend-defining chart resistance. The upswing stopped squarely at former support guiding the uptrend form January 2016, a barrier recast as an upside barrier after it was broken in late April. A downward reversal here would paint the upswing from early May lows as corrective in the context of a longer-term down trend. A break below 0.7553 would mark initial confirmation, opening the door for a test of more substantive support at the 0.75 figure. A daily close above 0.7710 is needed to invalidate the bearish bias.