Thin August trading and an emerging markets crisis have conspired to push indices lower, after a week in which the S&P 500 hit a new multi-month high.

FTSE 100 back under pressure

Yet again last week a push in the direction of 7800 was stymied by heavy selling, with Thursday’s ex-dividend drop and Friday’s risk-off move giving the bears a reason to move in on the FTSE 100. Further declines this morning have once again put the post-June move higher under threat, although, with the price heavily oversold in the four-hour timeframe, a near-term bounce cannot be ruled out.

If the price can avoid moving below 7550 then a further rally may be possible, while a close below this brings 7490 into play. From here, 7340 is the next area of possible support. A move beyond 7670 would put the price back above the rising trendline from the June lows, and bring the 7700-7800 area into play again. 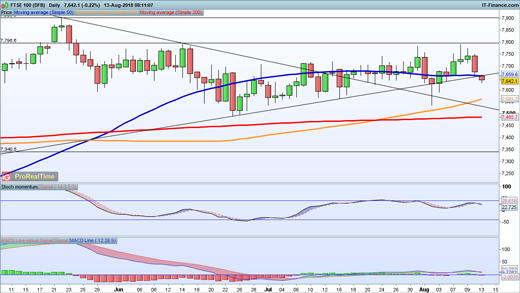 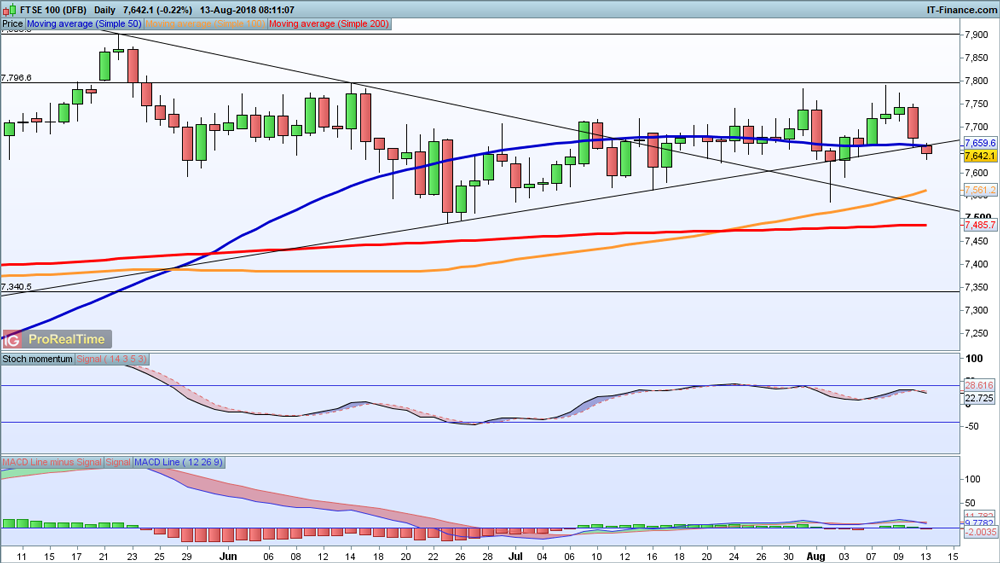 DAX back to key trendline support

Friday saw the DAX drop sharply, and further falls this morning have taken the price right back to the rising trendline from the March lows at 11,704. This line worked as support at the end of June, so we are likely at a crunch point for the index; if the line holds then a higher low has been created and a move back towards 12,800 could begin. 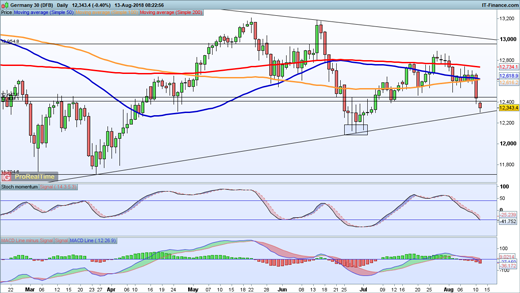 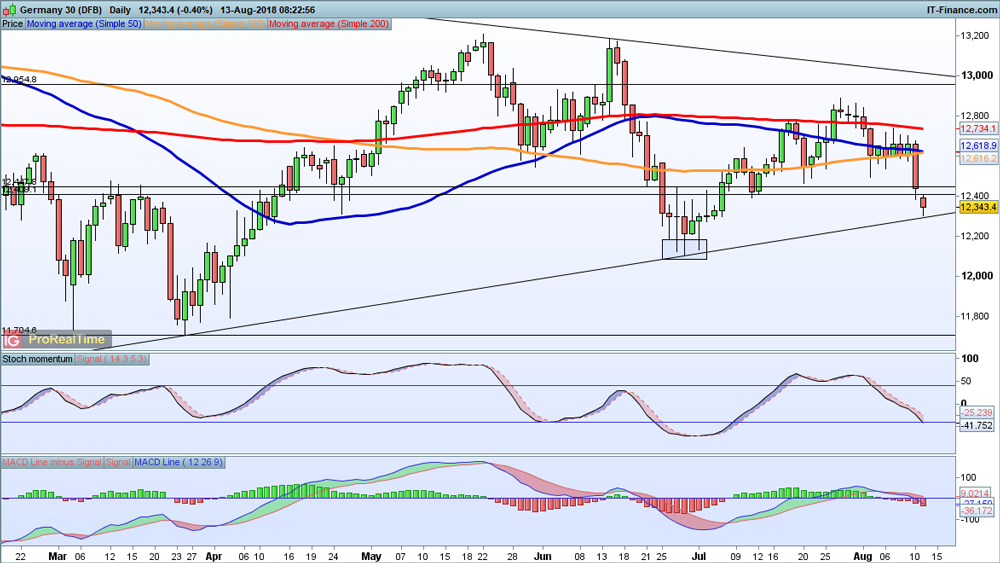 The S&P 500 failed to make a new record high last week, but the uptrend from the February lows remains intact, with a higher high having been created.

The first area of possible support would be around 2800, where sell-offs in late July stalled. Below this the price may see a deeper retracement, but anything above 2700 would still be a higher low and thus another buying opportunity. A push higher from intraday oversold conditions would target last week’s peak at 2864, and then on to the 2877 all-time high. 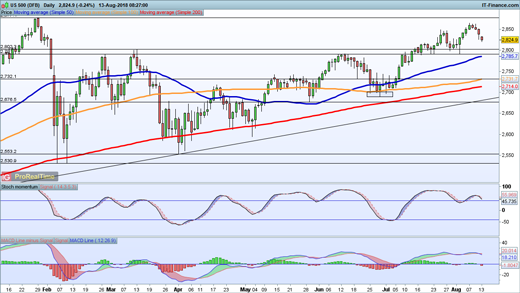 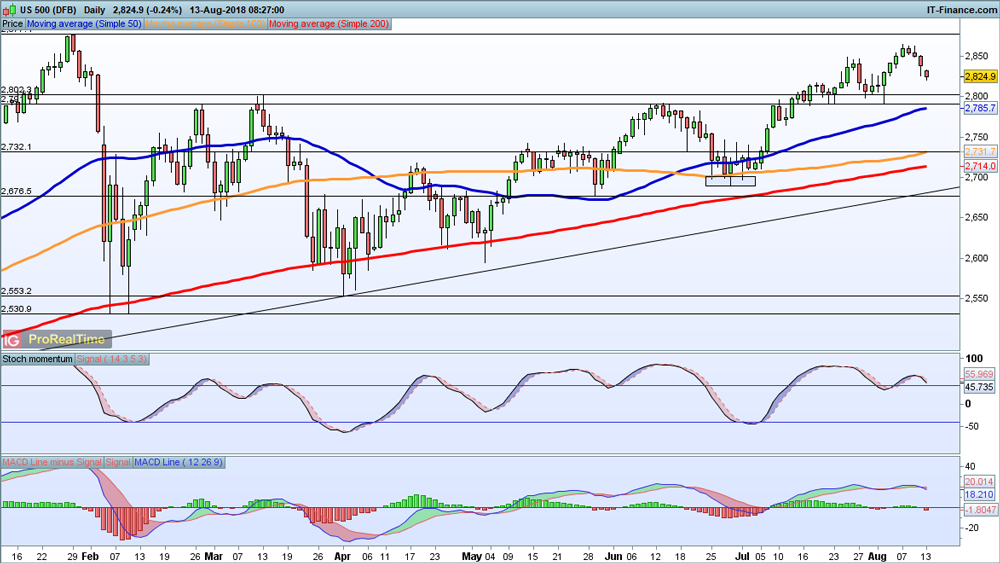