Asian markets across the board in Japan, Singapore, Malaysia, and China saw positive trading on Wednesday morning ahead of the US mid-term elections. 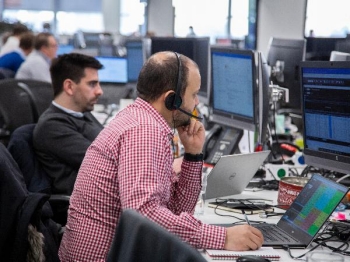 Asian markets saw positive trading on Wednesday morning, following Wall Street gains in anticipation for the United States (US) congressional mid-term elections results. The results are viewed as a vote by the US citizens on their president Donald Trump’s governance.

Chinese stocks followed the consensus with other Asian markets as mainland investors grow hopeful on the changes the US mid-term elections could bring. China and the US have been embroiled in a trade war and any changes to the election could signal a turning point in the relationship between both nations.

Wall Street’s key indices closed higher on Tuesday as investors put their faith in the US mid-term congressional elections, hoping that the results could shed some uncertainties in the market.

Consequences to change in the house of cards

The Wall Street had been expecting for the Republican Party to lose control of the House of Representatives, while keeping the Senate. US president Donald Trump belongs to the Republican party.

If the Democrats win both the House and the Senate, a sharp selloff is expected in the near term. More tax reliefs are expected if the Republicans keep the House, and stocks may rally due to the tax breaks.

“While the Senate is seen to remain with the Republicans, a status quo Republicans House is expected to help further tax cuts beyond 2020 and a Democratic House to reduce some pressure on the fiscal end and thereby see a more benign rate hike path for equities, both being equities positive,” said IG market analyst Pan Jingyi.

The next 24 hours will be critical in determining the trend for the greenback, said Ms Pan. “As far as the US dollar index goes, prices had been hit back into the consolidation zone last week, trading somewhat directionless on a short-term basis.”