China’s CPI up 2.5% while producer prices moderate in September

All items in the CPI basket such as consumer goods, services, and food products saw prices increase, except for pork prices which fell due to the African swine fever. 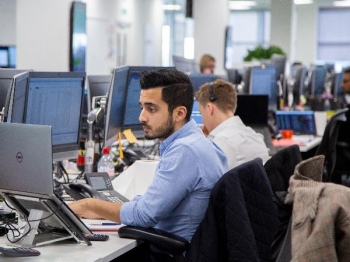 China’s consumer prices rose for the fourth straight month in September on a year-on-year basis, as prices increased for consumer goods, services, and food products.

Consumer Price Index (CPI) rose by 2.5% year-on-year, up from the 2.3% increase in August, and within policymaker’s annual target of 3%, China’s National Bureau of Statistics said on Tuesday.

Month-on-month, CPI rose by 0.7% for September, on the same pace as August.

China’s Producer Price Index which measures the monthly changes in prices of industrial products for the domestic market rose 3.6%, moderating from the 4.1% increase from the previous month. Experts had expected a 3.5% increase amid slacking economic momentum and China's escalating trade conflict with the United States.

Among the basket of items that contribute to the CPI, only pork items saw prices decline by 2.4% from a year ago in September, following the 4.9% fall in August as the African swine fever affected pork prices. According to an article from the South China Morning Post in September, prices of hogs in the north of China are down as pork supplies accumulate with the transport ban on live hogs at provinces that have reported outbreaks. Meanwhile, some southern regions are seeing prices soar due to an undersupply.

Food prices rose by 3.6% for September, much faster than the 1.7% increase in August. Prices of rent, fuel and utilities edged up slightly by 2.6%, from 2.5% in August.

Healthcare costs moderated to increase by 2.7%, compared to the 4.3% rise in the previous month, while transportation and communication services prices expanded by 2.8%, edging up from the 2.7% increase in August.