Turbulence ahead but China to drive EM’s long expansion

Volatility will return to emerging markets, according to TS Lombard’s Jon Harrison, as geopolitical tensions may trigger a correction, but EM will come through this.

China will be the main driver for a continuation of the long economic expansion seen in emerging markets (EM). Growth in Europe and the US also helps, but China, which has been lagging in EM of late, as growth slows as its economy matures, is still seen providing the lead for EM despite the trade skirmishes with President Donald Trump’s US administration.

China and India have been enjoying an unbroken period of growth since the late 1990s, which has led John Harrison's, managing director of EM macro strategy at TS Lombard, colleague Dario Perkins, managing director of global macro, to say it’s hardly surprising. The decade of growth for developed economies since the financial crisis has investors thinking the late cycle is upon us, and trying to determine what could go wrong.

However, Harrison thinks we’re not quite there yet for EM. It could be a bumpy ride ahead in the near-term, he says, with geopolitical issues possibly triggering a deeper market correction, but later in the year the drivers of growth should strengthen emerging markets again.

Recent dip in EM growth is not a concern while US, Europe and China are still a positive force, but this does depend on the US-China situation. 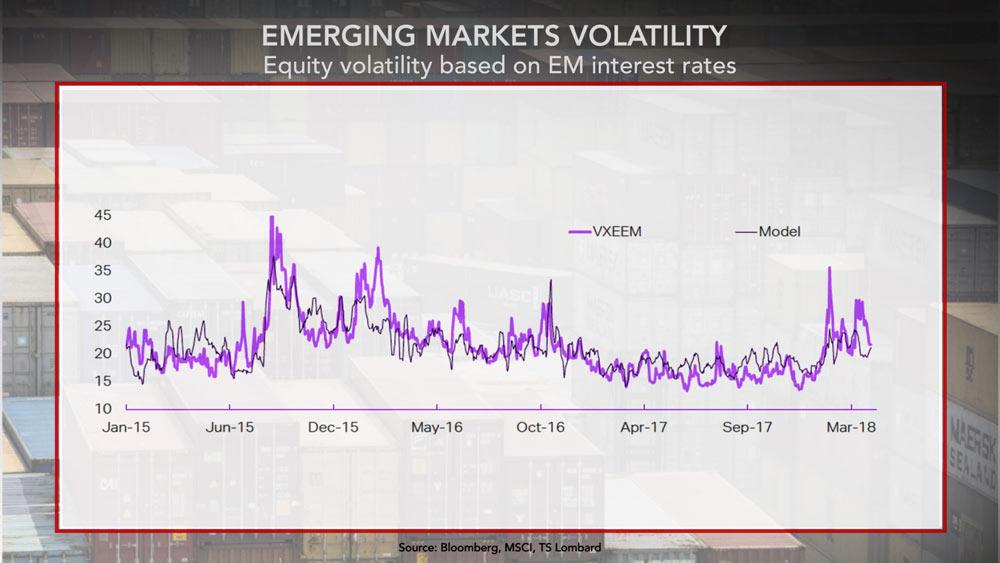 Inflation rise ahead in EM

Inflation in EM is low due to dollar weakness, but as the Federal Reserve (Fed) tightening turns that trend, pressure on EM currencies and climbing oil prices will see inflation return.

Brazil could be a beneficiary of trade wars. If the US and China trade dispute persists, Brazil, whose agricultural exports compete with the US, could benefit as China turns to alternative suppliers.

With Russia, the strong oil price is helping and monetary policy is stable, but geopolitical pressure is raising uncertainty.

Asian supply chains, which are particularly long, could suffer collateral damage from trade confrontation between US and China. 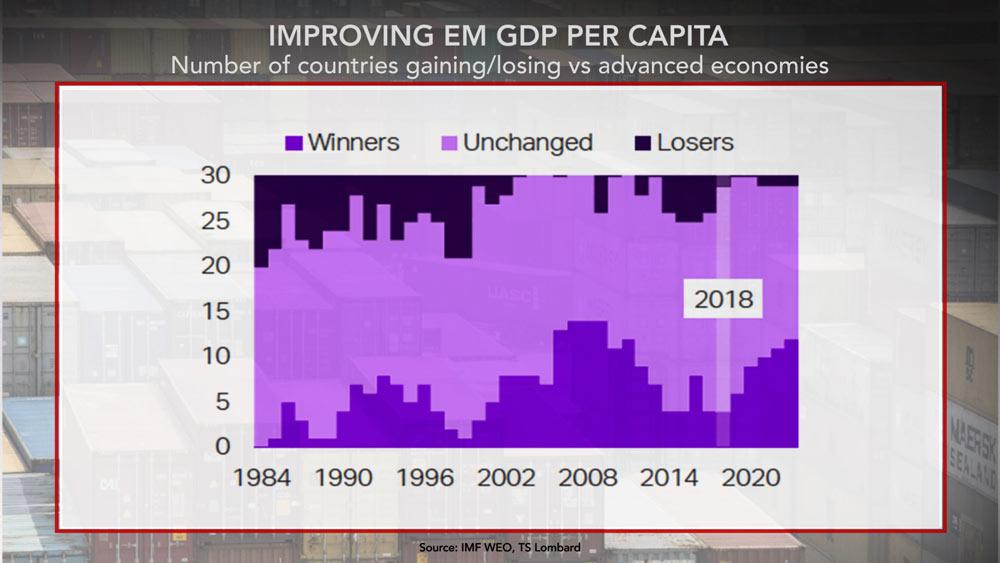