With UK data taking a turn for the worst, is the data-driven sterling sell-off the beginning of longer-term period of downside for the pound?

Sterling has been in a deep slump of late, with the past fortnight seeing a whole host of economic data and central bank appearances that temper the idea that we will see a rate hike next month. The most crucial of these data points came in the form of last week’s inflation data, with consumer price index (CPI) hitting 2.5% from 2.7%; core CPI 2.3% from 2.4%, along with today’s gross domestic product (GDP) figure, which was 0.1% in Q1, vs 0.4% in Q4. While the fall in inflation reduced the pressure on the Bank of England (BoE) to act, it was the deterioration in Q1 growth which essentially eradicated the possibility of a rate rise. It comes as no surprise that we have seen a huge swing in market expectations for the May meeting, with the 88% expectations seen at the start of last week, now standing at 22% (down from 59% yesterday). The BoE has never raised rates in an environment where growth is lower than 0.4%.

However, while today’s GDP figure makes a rate rise highly unlikely, the fallout from these recent data points seems to have a greater significance than simply the May meeting. Markets are now pricing in November as the next BoE meeting with a strong chance of a rate rise (69%). There is a good chance that this is somewhat overcooked, for much of the negative data releases seen over the past fortnight can be attributed to the ‘Beast from the East’ in the UK. The significant disruption to businesses in the UK saw retail sales tumble, housing starts stutter, and a sharp deterioration in purchasing managers index (PMI) surveys across construction, manufacturing and services sectors for March. This was always going to impact Q1 GDP. However, the question from here on in is whether we are going to see a sharp pickup in Q2 economic data as we move clear of any weather related effects on growth.

On one side, today’s GDP reading is only the preliminary release, meaning that much of the March affected activity will have been estimated. Thus there is a high likeliness of revisions to the Q1 GDP figure once greater data is available. It is also notable that construction has been the major drag on GDP for the quarter, with the image below highlighting that services and production actually improved vs Q4. With the weather conditions likely to play a significant role in this, there is a strong chance we will see a rebound in Q2. Watch out for next week’s construction PMI as a signal of whether we are going to see a resurgence in the sector. 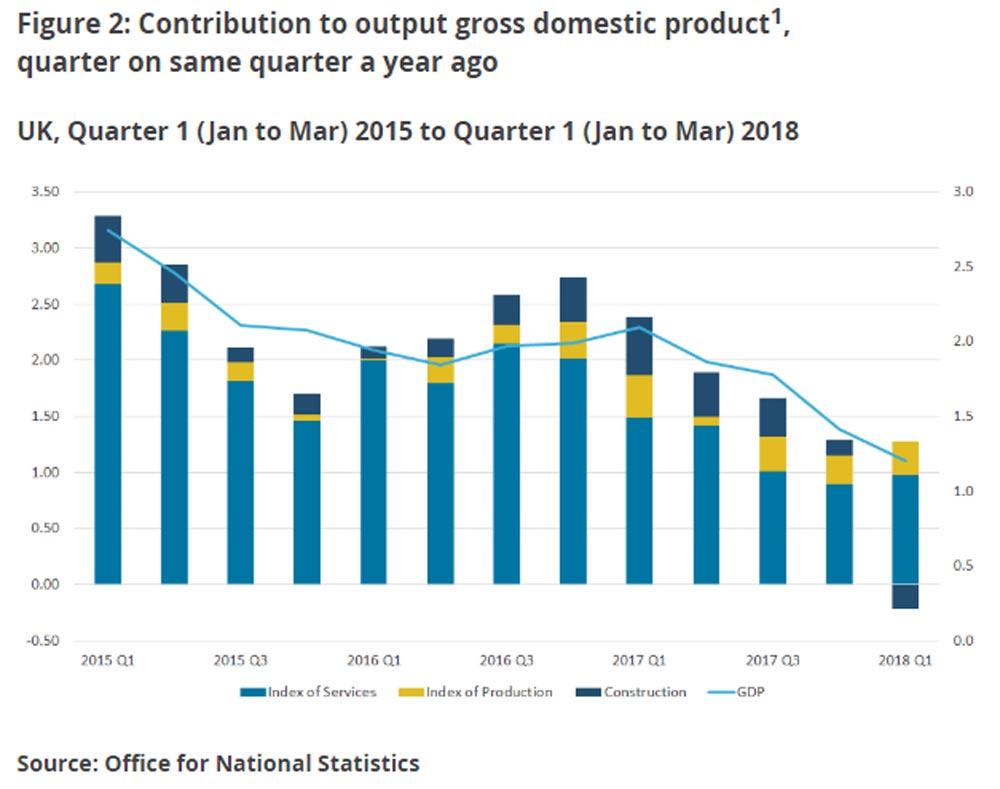 While weather will have certainly had an impact on recent data, it is worthwhile noting that not all weakness in recent figures are easily explained away by the effects of the beast from the east. A decline in consumer spending over the past year, coupled with weaker business investment, are going to take their toll soon enough. While construction has been the key drag on GDP for Q1, it is notable that output for the sector also fell sharply in January, where there was little impact from weather related issues.

The pound has seen an impressive rise over the past 18 months, with the GBP/USD recovering 17% since the October 2016 low. However, with markets now shifting their BoE expectations by five months, we have seen signs that this trend could be unravelling this month. Firstly, the inability to break through $1.4345 signals an inability to sustain the uptrend. However, the crucial bearish break would come with a drop below $1.3711. That level coincides with an ascending trendline dating back to March 2017. A break below that level would form a double top formation, providing a target of $1.3080. 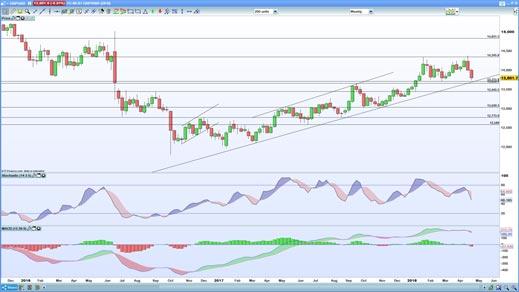 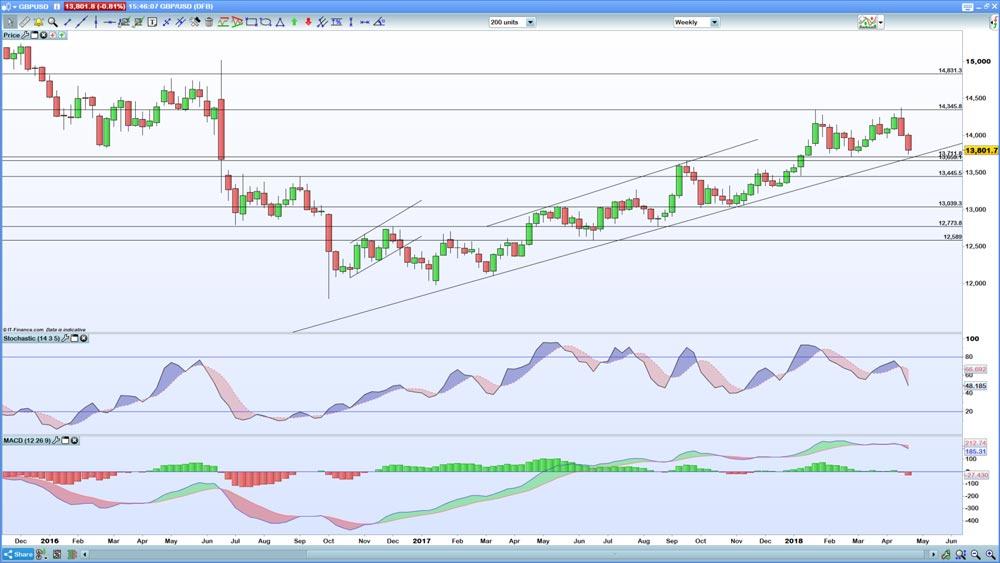 Ultimately much of the outlook for the UK economy will be driven by whether the current outlook is justified. It seems likely that a rate hike is going to occur in August-September time, yet next week’s PMI figures should provide us with a greater idea of whether that is the case. Watch the construction data in particular. If you are trading against the US dollar, be aware of the fact that we are seeing a widespread resurgence in the greenback, and thus a continuation of that strength could drive a GBP/USD reversal irrespective of UK data.