US ride-share company Uber, and Singapore based company, Grab have been fined a total $13 million dollars by Singapore watchdog, CCCS. 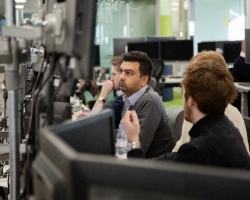 US ride-share company Uber has been fined $6.58 million dollars by Singapore watchdog, for merging with competitor company, Grab.

The Singapore based company Grab was also slapped with a $6.42 million dollar fine.

The penalty comes after Uber sold its Southeast Asian business to Grab in March in exchange for a 27.5% stake in the company.

This raised red flags with the competition and Consumer commission of Singapore(CCCS) who since launched an investigation into the merger.

On Monday the CCCS found that Grab had hiked fares since the Uber buy-out, increasing tip fares and net of rider promotions by 10 and 15 %.

The CCCS ordered Grab to remove its exclusivity arrangements with drivers and ordered Uber to sell vehicles from its local leasing business to rival companies, in a bid to even out the competition.

“Mergers that substantially lessen competition are prohibited and CCCS has taken action against the Grab-Uber merger because it removed Grab’s closest rival, to the detriment of Singapore drivers and riders,’’ CCCS Chief Executive Toh Han Li Said.

Uber is considering an appeal, saying the decision “incorrectly describes the dynamic nature of the industry, among other concerns.”

Grab has said it would comply with the CCCS.