Profits for the second quarter fell to S$56.4 million, more than five times lesser than the restated S$293.3 million profit a year ago. 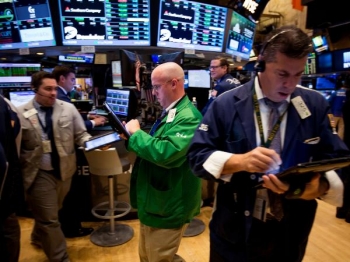 Higher fuel costs have been plaguing Asian carriers, and Singapore Airlines (SIA) has not been spared from the hurt. On Tuesday night, it posted an 81.0% plunge in profits for the second quarter.

Profits for the second quarter fell to S$56.4 million, more than five times lesser than the restated S$293.3 million profit a year ago. The amount last year was restated due to accounting changes. Non-cash losses from SIA’s stake in Virgin Australia also contributed to the lesser profit.

The airline has declared an interim dividend of 8 Singapore cents per share for the half-year ended September 30, and the dividend will be paid to shareholders on December 4.

SIA said lower airfares also contributed to the lesser earnings, but added to say that bookings are expected to be stronger in the coming months.

Commenting on the company’s business outlook, SIA said headwinds “continue to persist in the form of cost pressures arising from significantly elevated fuel prices compared to a year ago, as well as keen competition in key operating markets."

The carrier has been relying on fuel-hedging to help defray some of its expenses, it added.

Excluding the S$116.0 million loss from the 20.0% stake in Virgin Australia, SIA’s net profit amount to S$172.0 million, a 41.3% decline from a year ago. Group revenue was at S$4.1 billion for the quarter, a 5.4% gain from a year ago, helped by increased seating capacity and a higher attendance of seats for flights.

SIA has been on a transformation project with plans to cut costs and grow its revenue. It is in its second year of the three-year project and has made plans to merge regional carrier SilkAir into its main brand after 2020.

Its other product, low-cost carrier Scoot, reported a S$11 million operating loss for the second quarter, reversing from a S$2 million profit a year ago, as higher fuel prices and expansion costs were not enough to offset its revenue growth.

The higher fuel costs landscape will make it quite a challenge for SIA as it embarks on its transformation project. SIA said it took delivery of its final A380-800 planes during July to September. As of September 30, the operating fleet for SIA comprises of 110 passenger aircrafts.

In its earnings report, SIA said it remains committed to its transformation programme to enhance customer experience, grow revenue and improve operational efficiency, and claimed that the programme has been producing positive results.