Australian shares have climbed amid TPG Telecom and Vodafone Group merger, set to shake up the telecommunications sector. 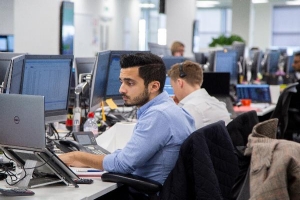 The Australian share market has already seen positive change on Thursday, with S&P/ASX200 indices up 0.2% boosted by telecom stocks.

Vodafone Hutchison’s shares jumped as high as 76% upon the news, while TPG shares climbed 22%, positioning the company as one of the top gainers on the index.

TPG chairman and CEO, David Teoh said shareholders and Australian consumers will benefit the most from the merger.

'With this merger, we will be a more formidable competitor against Telstra and Optus.' said Mr Teoh.

The merger will combine the two businesses, creating a leading integrated telco service providing "fixed and mobile products for consumers".

TPG shareholders will now own 49.9% of the equity of the merged Group, with VHA shareholders owning the remaining 50.1%

Vodafone Hutchison CEO Inaki Berroeta believes the merger will give competitors a run for their money, with new technologies on the way.

“The combination of our two highly complementary businesses and talented employees will create a more sustainable company, with enhanced capacity to invest in new technology and innovation.” Mr Berroeta said.

Market analysts predict the change will continue to shake up the telecommunications sector, with new competition already making an impact on shares prices.