Australia’s central bank has revealed a chance of a further decline in unemployment in its November policy meeting on Tuesday. 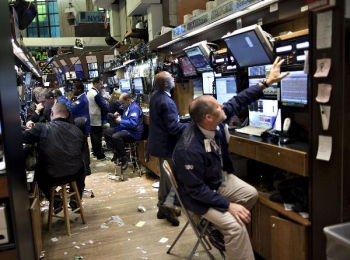 RBA minutes have remained upbeat, indicating a chance of a further drop in unemployment rates in the near term.

Minutes of the meeting revealed an expected above-trend growth over the next two years, fuelled by record low interest rates of 1.5%.

RBA members saw a chance of a more ‘’pronounced decline’’ in the jobless rate in the near future, given the strength of leading indicators.

Growth is seen averaging 3.5% this year and next year, while slowing around 3% in 2020. Wages and inflation are predicted to rise gradually.

"The main source of the upward surprise had been business investment, owing to unexpected strength in both mining and non-mining investment," In addition, the terms of trade had been higher than expected over the previous year and the Australian dollar had depreciated." the minutes revealed.

The International Monetary Fund (IMF) report released on Tuesday shows the IMF expects productive economic activity in Australia in the near-term, furthering the consensus of the RBA meeting.

Members considered arguments from various critics in favour of a future rate hike, while some had also argued that a higher cash rate would create room for future cuts.

However, the RBA's own assessment showed little change, stating there was no "strong case" for a policy change, although the next move was likely to be up than down.

Governor Philip Lowe singled out global trade tensions as a significant risk to world growth as the United States and China tariff war continues. Trade relations between the two continued to escalate after comments made at the APEC summit meeting.

As predicted the AUD/USD only moved slightly upon the release of the RBA Minutes, despite being upbeat.

The AUD/USD at the time of the release was just below 0.7300