What is the Big Mac index?

The Big Mac index is an informal way of measuring the purchasing power parity (PPP) between two currencies. By comparing the price of a McDonald’s hamburger in the US versus other countries, traders can establish the disparity between the purchasing power of the nations’ currencies. This can help establish whether a currency is over or undervalued. We explain why ‘burgernomics’ is useful for traders, and how you can calculate the Big Mac currency index. 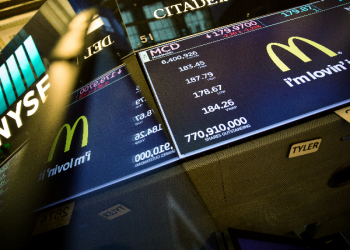 What is purchasing power parity?

Purchasing power parity (PPP) is a theory of exchange-rate determination.

It proposes that the price of a bundle of goods in one country should be equal to the price of that same bundle of goods in another country, once their currencies have been adjusted for the exchange rate. For example, suppose that the current exchange rate between Canada and the United States is 1.3 to 1, meaning that you’d need 1.30 Canadian dollars to buy one US dollar. If we assume that PPP exists between these two nations, then a basket of goods that is worth $10 in the U.S. should cost $13 in Canada.

PPP is used to determine how much the rate of exchange between two paper currencies impacts what consumers pay for daily goods and services.

PPP theory suggests that, in the long run, the exchange rate between two currencies should move toward a point of conversion – so that the prices of identical goods and services become the same. If there is a lasting disparity between the prices of a basket of identical goods across different countries, then it could create an opportunity for items to be bought in the country that sells it for the lowest price.

The Big Mac index takes PPP theory and narrows it down to a specific good: a McDonald’s hamburger. The idea is that if we compare each country’s price of a Big Mac against the US dollar, and calculate the Big Mac index exchange rate, we can establish whether currencies are over or undervalued against the dollar.

The index was invented by The Economist in 1986, as a light-hearted measure of purchasing parity power.1 However, since its creation it has become used as a global standard of currency misalignment and is now published annually.

If the theory of purchasing power parity holds true, then the price of a Big Mac should be identical in every country. If discrepancies are found, the theory would imply that the market will gradually correct itself and converge upon the same price point.

The concept of using hamburgers as an economic measure has become extremely popular, earning itself the title of ‘burgernomics’. For example, the UBS Wealth Management and the Council of European Municipalities and Regions (CEMR) expanded the Big Mac index to look at how long the average employee in each country would have to work on minimum wage in order to buy a Big Mac.2

The Economist has even produced variations of the Big Mac index, such as the Tall Latte index, which replaced the Big Mac with a Starbucks coffee.3 Similarly, Bloomberg ran a Billy index, which converted the local prices of IKEA’s Billy bookshelf into US dollars and then compared the prices.

How to calculate the Big Mac index

Let’s say a Big Mac costs £3.19 in Britain and $5.51 in the United States – if you were to divide the local price in Britain by the US price, you’d get a Big Mac index exchange rate of 0.58. If you then compared it to the foreign exchange rate, which is 0.78 at the time of your analysis, it would indicate that the pound is undervalued by 25.6% (the difference between those two exchange rates).

Why should traders use the Big Mac index?

There are a range of other indices that are designed to measure consumption, such as the consumer price index (CPI) in the US, and the UK’s consumer price inflation index. However, the Big Mac index becomes useful for comparing prices in countries that do not have a similar measure of economic health. McDonald’s is the world’s largest restaurant chain, with over 34,480 restaurants in 119 countries, so it’s easy to understand why its hamburger has been put forward as a global indicator. It is also assumed that Big Macs are the same all over the world, because in theory they are standardised in size, quality and ingredients.

However, it is worth remembering that theory does not always line up with reality. The price of a McDonald’s hamburger can be influenced by a range of economic factors, not just exchange rates. These include production and labour costs, advertising, availability, and untradeable inputs such as rent and wages, as well as the ingredients themselves – for example, in India a Big Mac is made from chicken instead of beef for cultural reasons. It is also important to note that Big Mac prices are set by McDonald's Corp (MDC).

The Big Mac index provides traders with a long-term view of a possible market correction, but it does little to address current or short-term fluctuations that are of interest to a lot of forex traders. This is why the Big Mac index should be used as just one analysis tool, alongside technical and fundamental analysis. While technical analysis uses historical price data to predict which market movements are likely in the future, fundamental analysis looks at macroeconomic data and derives a forecast from valuations, financial news and information on the specific asset.