Yangzijiang Shipbuilding posted a net profit that was 10% lower from a year ago for the third quarter, while Ezion widened its losses. Earlier last week, Sembcorp Industries' marine arm also registered losses. 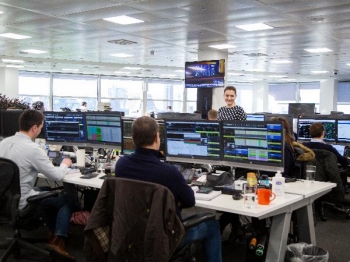 Ship and boat builders continue to float on troubled waters, as the maritime industry builds itself back up after a market consolidation.

Yangzijiang Shipbuilding posted a net profit of ¥778.6 million for the third quarter, a 10% fall from a year ago. The group booked an impairment loss of ¥333 million on financial assets for the quarter, more than the ¥7 million impairment loss last year.

Outstanding order book was at US$4.1 billion as of November 7, which will keep the group’s yard facilities optimally utilised up till 2020 and provide a stable revenue stream for at least 2.5 years.

The ship maker said: “The shipbuilding market is still in the recovery phase post the recession experienced in the last few years…With the growing uncertainties in global shipping volume and economic growth due to the trade tensions between US and China, the pace of new shipbuilding order placement will become less predictable.”

Yangzijiang however, stressed that the demand for shipping will remain intact, as trades do not disappear but usually are redistributed among countries. It added its order book-to-fleet ratio is still in the bottom range historically, which means there is room for a catch-up in shipbuilding demand.

Sembcorp said overall business volume and activity for its marine business is expected to remain relatively low in the near term.

Around noon Singapore time, Sembcorp Marine shares were higher by 3.73% or 6 Singapore cents, at S$1.67, while Yangzijiang shares were flat at S$1.29.

Ezion suffers losses due to capital constraints, but loans are on the way

Ongoing delays in the redeployment of liftboats due to working capital budget constraints led to Ezion Holdings' greater turmoil.

Ezion faced capital constraints as its refinancing plans had not been finalised, it said. The fall in revenue was also because there was a drop in the utilisation of jack-up rigs, tugs and barges, and an overall reduction in charter rates across the group’s fleet of vessels.

For the nine months, the firm’s revenue was lower by 55.4% from a year ago at US$88.9 million, and the firm posted a profit after income tax of US$19.6 million.

In line with the group’s strategy to focus on its liftboat business, Ezion said it has increased efforts to dispose off its jack-up rigs, tugs, and barges. Ezion said it has gained traction in the disposal of those assets and expect to dispose more of them by the end of this year.

It added to say that it is in preliminary discussions with potential strategic investors and will continue to work with those investors and partners to grow its market share in the liftboat business as well as improve on its financial position.

Providing an update on its refinancing exercise, Ezion said it has entered into loan agreements with secured lenders on July 3, 2018, and the execution of the security documents of loan agreements are expected to be completed by end of this year.