Amazon.com has announced on Tuesday it will raise employee minimum wage to $15 per hour from next month. 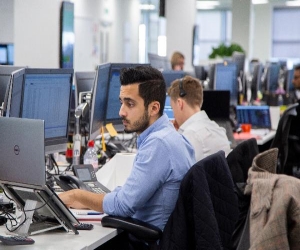 This wage hike comes after a spate of complaints made by critics and employees, calling out the retail giant over poor pay and working conditions.

The new minimum wage applies to more than 250,000 Amazon employees, including part-time and contract, and seasonal employees. Amazon also announced on Tuesday, employees already making $15 per hour will also see a pay increase.

Amazon is including Britain in the increase, raising the wage to 10.50 pounds ($13.59) for all employees in the London area from November 1st, and 9.50 pounds per hour for employees working in other parts of the country.

The online retailer said the change in minimum wage will be considered in its forward-looking quarterly guidance.

Amazon is encouraging their competitors to jump on board, Amazon Chief Executive Jeff Bezos said in a statement.

“We listened to our critics, thought hard about what we wanted to do, and decided we want to lead,” Mr Bezos said.

Amazon also said it would now lobby for an increase in the Federal minimum wage.

The bold move comes after Amazon last month became the second company, after Apple to reach the $1 trillion mark.

Amazon.com shares opened at $1.952.50 on Thursday, with Analysts predicting an ease by the end of the week.