The carmaker is facing questions about its production claims. 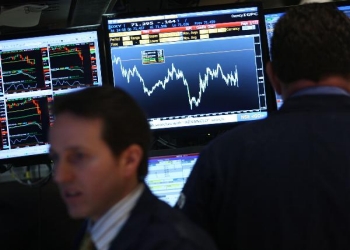 Tesla founder, Elon Musk, is in trouble again. The carmaker is under scrutiny from the US Federal Bureau of Investigation (FBI) for claims about production of its Model 3 sedans. The FBI alleges that Musk misled investors about the number of cars the company manufactured.

Tesla is under examination for its Model 3 electric sedan. Musk started ramping up production of the car last year. He promised that the carmaker would manufacture 20,000 vehicles by the end of 2017.

However, only a fraction of that number was made. Appoximately 2700 Model 3 sedans were completed in 2017 and about 5000 were ready for sale in June 2018. The FBI is accusing Tesla of inflating production numbers of its cars to influence the company’s stock price. The organisation has been conducting the investigation since early 2017 when Musk began announcing the carmaker's plans for manufacturing more vehicles. The bureau is contacting former employees to ask them about the Model 3 claims.

Tesla has denied wrongdoing and maintained that the company hasn’t been contacted by the FBI.

‘We have not received a subpoena, a request for testimony, or any other formal process, and there have been no additional document requests about this from the [US] Department of Justice for months,’ said a Tesla spokesperson.

The spokesperson also stated that the Model 3’s production numbers were down because of manufacturing issues and Tesla would never intentionally misinform investors.

‘Ultimately, given difficulties that we did not foresee in this first-of-its-kind production ramp, it took us six months longer than we expected to meet our 5000 unit per week guidance. Tesla’s philosophy has always been to set truthful targets – not sandbagged targets that we would definitely exceed and not unrealistic targets that we could never meet,’ added the spokesperson.