The markets closed last week with a temporary sense of relief 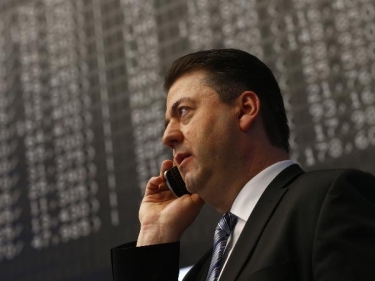 Temporary relief: The markets closed last week with a temporary sense of relief: the US-Sino Trade War has formally begun, but so far, no new major blows have been struck. Leading into Friday’s US imposed trade-negotiation dead-line, there were two significant questions in the minds of traders. The first: whether the risks associated with US tariffs had already been priced into markets. The second: what might the Chinese response be to the official implementation of Trump’s tariffs. As events unfolded, it was the dynamic of knowns, unknowns and the unknowable that, when the dead-line hit – and much of hitherto unknowns were revealed – prompted a minor relief rally across global markets. The Chinese response went as expected, and the White House remained silent in anticipation of the Chinese reaction.

Falls in volatility expectations support Asian trade: The VIX immediately fell as a result, push the volatility index below 16 once more, to presently trade at the mid-14 level. Asian markets – which has thus far been the biggest hit by the unfolding conflict – reversed the day’s course, paring losses and posting gains across the board. The Nikkei was the biggest beneficiary of all, managing to recover enough ground to post a 1.12per cent gain for the session; while the Hang Seng and Shanghai Composite each managed to reclaim a 0.5per cent in the day’s trade. Although the week ended on an overall positive note for Asian traders, the fears that have driven those markets lower have been paused, not ended entirely. Expect renewed volatility as further information and uncertainty develops in what is just the beginning of this trade war.

The ASX goes its own way: From the beginning of the day’s trade, the ASX200 had clearly decided that it would spend the day trading off its own news. In moves that continue to flummox some pundits, local stocks managed to forge another new ten-year high on Friday, with most sectors pulling their weight to support the ASX. The banks did lead the charge once more, as investors still buy into what are clearly still considered undervalued bank stocks; however, noteworthy contributions were made by energy and telco shares, and – perhaps bizarrely, considering the sustained falls in commodity prices – the materials space, which added around 1per cent for the day. The key 6300 level now sits within arm’s reach for the ASX200, with little technical resistance keeping it from registering that figure. SPI futures suggest that this could be achieved early today.

US Non-Farm Payrolls: Amidst the trade war furore, it was important to note that it was note the only high impact event moving markets on Friday. The month’s release of US Non-Farm pay rolls dropped early during the North American session, and was being looked closely upon given the US Fed’s recent hawkishness. On balance, the labour market figures were probably a mixed result: overall jobs added numbers beat expectations (213k vs 195k), with previous month’s figures also revised higher; while a pick up in the participation rate pushed the headline unemployment rate back to 4 per cent. The big point leading into the event — and which has only become bigger since the print — was wage growth, which missed expectations and showed wages on grew 2.7 per cent on an annualised basis. When compared to current US CPI of around 2.8 per cent year on year, it remains clear that the US economy, though firing, has yet to definitively deliver benefits to the worker and consumer: something that will factor into the Fed’s decision making in the future.

Rate expectations impact bonds and currencies: Bond and currency markets shifted notably post the US labour market report, after traders interpreted the data as relieving some pressure on the Fed to hike rates more aggressively than may be required. US Treasury yields fell across the curve, suggesting steady inflation expectations, putting downward pressure of government bond yields across the world. Benchmark US 10 Year Treasury yields fell to around 2.82%, pushing comparable German bonds to 0.29%, as interest rate expectations into 2019 pulled back somewhat. The US Dollar Index also tumbled, shedding over half-a-per-cent, sending the EUR/USD well over the 1.17 handle, and the Australian Dollar to around 0.7430 at time of writing. Although it should not yet be considered a true trend reversal, the moves in the USD undermine the bullish picture for the greenback in the short term, with support at 93.55 now the level to watch.

Wall Street closes higher to end last week: Wall Street experienced a reasonable day’s trade following the passing of tariffs into effect, and the Non-Farm Payroll release, with major indices posting solid results for the day. The Dow Jones posted a 0.4 per cent gain, the S&P500 posted a 0.85 per cent gain, and the NASDAQ posted a 1.34 per cent gain, as technology stocks tore higher, presumably due to relief that no announcements came from the US or China on Friday about trade or investment restrictions on the tech sector. The tech-dominant NASDAQ seems able and willing to push for further gains provided continued clear air, as it eyes off a recovery back to its recent all-time highs. The S&P500 is also in a reasonably favourable position, however the Dow is showing signs of lagging, as industrials and consumer stocks fail to keep up with their tech-counter parts.

The week ahead: Given it’s a Monday, it’s worth casting an eye to the week ahead, to see what stories may mix with the unfolding trade war drama to move markets. At first glance, several central bank speeches leap off the calendar as being one’s to watch, with BOJ Governor Kuroda, ECB President Draghi and BOE Governor Carney all addressing an audience at some point this week. The Bank of Canada will hand down their rate decision on Thursday; and the ECB release their monetary policy minutes. From the perspective of hard data, UK GDP will be one to watch considering the expectations that the BOE will look to hike rates in August; and CPI data out the US may prove to be the biggest release for the week considering the soft wage figures out of the US on Friday night.