The release of FOMC Minutes took a little steam out of trade, with traders taking notice of references by the Fed regarding the potential impact of a trade war on fundamental growth. 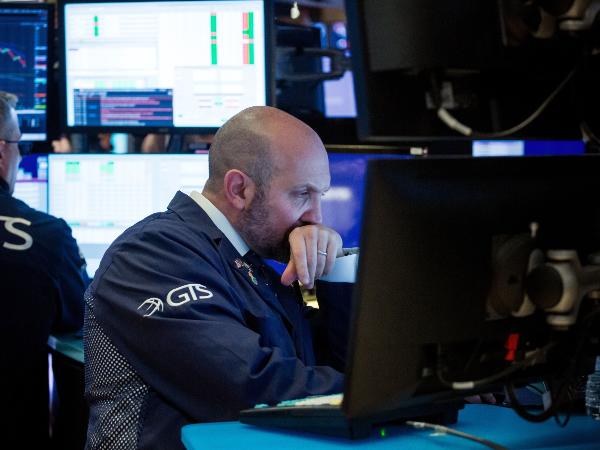 Global markets returned to normal programming overnight, as US returned to the airways following the Independence Day holiday. Although data was dense, along with the fact the global economy is less than 24 hours away from formally beginning a trade war, indices performed well. The DAX and FTSE rallied 1.2 per cent and 0.4 per cent respectively, while US tech has driven the charge in US shares, with the NASDAQ naturally benefitting most. Though trade is yet to close in the US at time of writing, the release of FOMC Minutes took a little steam out of trade, with traders taking notice of references by the Fed regarding the potential impact of a trade war on fundamental growth. This sets the stage for US Non-Farm Payrolls data tonight, where wage growth figures will be the point of focus.

Leading into the overnight session, markets in general had been quiet during Asian trade, with little high impact news released aside from the ineffectual twitter outburst from US President Donald Trump. This is in most part due to the holiday in the US, which managed to keep still new developments in the trade-war. Chinese officials reiterated publicly that they wish for no escalation in the trade war, and will not be drawn into firing the “first shot”. Despite this, it’s generally understood that the Chinese will not back to if further tariffs are imposed on its economy, and will likely mirror the US’s moves as they happen to eventuate.

The relative quiet didn’t stop the thumping Asian markets have received in recent weeks, even considering commentary from some pundits that the sell-off should be nearing its end. The Nikkei and Shanghai Composite fell just below 1%, while the Hang Seng recovered in late trade to close a more respectable -0.2per cent lower. It all seems that investors are rushing to the exits in the lead up to tomorrow’s formal imposition of tariffs by the US and Chinese on each other’s economy, as fears mount that tomorrow will be the spark for an escalation of hostilities.

The ASX200 continued its vacillating trading pattern, recovering much of the day prior’s losses, but failing to really challenge the week’s highs. The index finished the day 0.50% higher, to close at 6215. The recovery in bank stocks have again driven the push higher, extending its multi-week rally, while Telcos led the day, trading-up around 2 per cent. The materials and the information technology sectors were the worst performers, trading approximately down -0.3 per cent each, thanks to selling pressures in commodities markets for the former, and ongoing talk of trade restrictions on IT companies by the US and China.

The ASX has developed a sequence of lower highs and higher lows in the last fortnight, suggesting that the index may be priming itself for a break in either direction. Judging on the overall themes in the market, along with the strength of its recent run, the indicators (on balance) point to a minor reversal for the ASX. If this happens to come to fruition, downside support opens-up at 6160, 6140 and 6100, presenting the opportunity for the ASX to consolidate, before potentially drawing on strong fundamentals to make a reinvigorated charge higher. However, SPI futures are pointing to a solid 0.5% this morning, which may suggest sentiment is stronger than some of the stretched technical indicators portray – so perhaps investors are confident enough to push Aussie stocks to the upside.

Commodities markets are still coming under stress, predominantly due to global growth risks stemming from the impending US-Sino trade war. For some time, it was thought that fundamentals may remain immune (in the short term) from the worst effects of reduced global trade, as potential tariffs gradually take effect. While economic data has not softened out of line with trends yet, activity in commodities markets is showing signs that economic fundamentals are progressively being eroded, potentially portending a downturn in economic activity.

Copper is arguably demonstrating this dynamic best, plunging in recent weeks to levels not traded-at since the “global growth story” really took hold in September last year. Several significant support lines for copper are becoming exposed now, that if breached could give way to sell-off down to the $US60-mark. On the contrary, oil still appears well supported, even despite US President Trump’s chagrin, holding onto support at $US77.50 per barrel amidst supply fears of supply disruptions. A boost in Crude Oil Inventories did little to assuage these pressures, with the just mentioned support line currently holding strong.