Following in the footsteps of the Shanghai Composite dropping to near two year lows and a 1.4 percent tumble from Germany’s DAX, the major US equity indices posted largest bearish gaps between their respective closes on Friday and opens Monday. 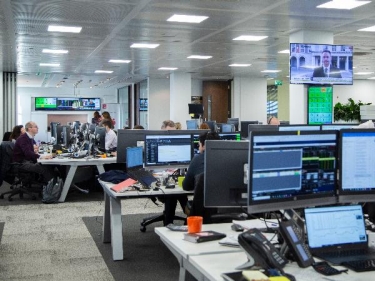 Wall Street pulled itself from a full blown tumble despite trade war headlines: Sentiment kicked off this week with another waver. And, yet again, the speculators attempted to shore up the speculative moorings before the dam broke. Following in the footsteps of the Shanghai Composite dropping to near two year lows and a 1.4 percent tumble from Germany’s DAX, the major US equity indices posted largest bearish gaps between their respective closes on Friday and opens Monday. For some, this initial retreat was more consequential with the Dow and S&P 500 extending slow-motion reversals to the bullish leg through the opening half of the month. For the Nasdaq, another slip was well contained by a rising trendline support that keeps the bulls engaged and seeking fresh record highs – likely until 7,200 breaks. The shudder in sentiment was spurred by a familiar – if inconsistent – theme: trade wars. The US government following through with its $50 billion in tariffs against China for perceived intellectual property theft and China’s quick retaliation meted out fresh concern that this will indeed be a situation with steady escalation until serious, irreparable economic consequences are hit. It seems that complacency is already starting to callus over, but this is no way to sustain speculative reach – much less extend it.

Comments from ECB Forum may drive market-wide volatility: Leaders of the world’s top central banks will join eminent economists in Sintra, Portugal for the ECB Forum starting Monday and through Wednesday of this week. The gathering is billed to focus on price- and wage-setting in advanced economies. That gets at the heart of the challenge faced by central bankers in the decade since the end of the global financial crisis: growth has recovered, labor markets have tightened but inflation remains stubbornly low across much of the developed world. This has prolonged ultra-loose monetary policy settings, inflating asset prices at the expense of prudence and limiting officials’ ability to respond to the next downturn. These talks are made particularly poignant by the immediate impact of the forces being discussed on asset prices. Last week was defined by a sharp surge in the US dollar and a sinking euro after the Fed – the leader in policy normalization – sounded a hawkish tone while the ECB signaled an overwhelmingly dovish disposition even as it planned to end its QE program. The announcements seemed to sound the death knell for the “catch-up” narrative envisioning top central banks chasing after the Fed’s hawkish lead amid broadening economic recovery. That this would shrink the greenback’s yield advantage accounted for most of its losses in 2017. Repositioning for the alternative – a strong-USD world shaped by a widening policy gap between the Fed and its top counterparts – has already sunk gold and crude oil prices while pushing the US unit to an 11-month high. Traders will thus scrutinize soundbites from Sintra for their immediate policy implications, which may inspire volatility across financial markets.

Emerging markets increasingly feel the pain of trade wars and higher US rates: The fundamental backdrop for the emerging markets has been troubled for some time, but it seems the weight of our global course is starting to truly dawn on investors. News of capital withdrawals from top developed economy markets were reinforced by ETF outflows tracked recently. The same trouble is apparent in the retreat for benchmarks like the EEM emerging market ETF as well as a range of the most liquid EM currencies. The ETF opened well below a range support at 45 to start this week to trade at lows last seen in late September. Meanwhile, the Dollar gained significantly against the South African Rand and South Korean Won just this past session, but the general trend has steadily favored the Greenback tangibly for over a week. As a group, these economies and markets are far more readily exposed to the fallout from US-fanned trade wars which threaten a key pull for exports as well as the Fed’s tempo of hikes which raises costs particularly through the cheap loans that were originally taken in Dollars. Use this segment’s performance as a bellwether for broader risk trends folding to this specific threat.

UK Prime Minister May receives pushback on Brexit say, bolstering uncertainty: Not long ago, the UK government finally found sliver of light in its push to navigate an aggressive negotiation with the European Union in its divorce when a vote supported UK Prime Minister May’s position that Parliament shouldn’t have say to backtrack or question their dealing at the negotiation table. That authority fizzled this past session however when the House of Lords voted 354 to 235 in favor of an amendment that would allow Parliament a greater say should the government not have a Brexit deal by February. Now the ‘meaningful vote’ will go back to the House of Commons on Wednesday where Conservative rebels have increased their threats. While the Sterling has seen some volatility in certain pairings, the anticipation for the complimentary vote and then the BoE rate decision leaves a lot of uncertainty hanging to give traders conviction one way or the other.

Aussie Dollar 5-day decline matches longest slide since December 2015: On an equally-weighted basis (against all major, liquid counterparts), the Australian Dollar has sunk for five consecutive trading days. That matches the longest stretch of losses for the currency since December 9, 2015. The pressure building for general risk appetite and commodities that are common exports for the country certainly add fundamental weigh to this development. However, a more targeted concern is rising out of the growing tension between Prime Minister Turnbull’s government and his Chinese counterparts. Concern over foreign interference in Australia’s economy and government made by Chinese influence has led to initial trade actions that have started to disrupt exports. Back during the Great Recession that seized the world in 2008, Australia managed to escape the downturn in large part due to its strong relationship with the economic behemoth. Curbing that support especially while carry trade appetite is so anemic puts the Aussie Dollar in a risky position should sentiment falter.

Crude oil snaps upward amid talk of modest OPEC+ output boost: Crude oil prices mounted a spirited recovery after Friday’s dramatic plunge as markets position for this week’s much-anticipated OPEC+ meeting. The gathering of cartel officials and their counterparts from like-minded producer nations will weigh a Russia- and Saudi-backed proposal to ease coordinated output curbs. Moscow and Riyadh – until recently the leading voices directing the scheme as an effort to drain brimming global inventories and boost prices – came out for scaling it back a month ago to offset supply disruptions from Venezuela and Iran. Doing so is opposed by other producers however, setting the stage for a contentious sit-down. Against this backdrop, prices rose amid reports that preliminary talks envision an output boost of 300-600k barrels per day that lasts for the next several months. That is a far more modest proposal than the 1.5 million barrel increase favored by Russia. The weekly set of API inventory flow statistics headline the docket Tuesday but headline flow shaping OPEC+ meeting expectations might remain at the forefront as the driver of price action.

Global tightening bets offset trade jitters for Australian stocks… for now: Australia’s S&P/ASX 200 managed a narrow advance Monday as gains in the overweight financials sector offset losses in the also heavily represented materials names. Banks added 1.1 percent as markets continue to digest last week’s hawkish FOMC policy announcement, which points to a global upshift in borrowing costs that seems likely to bode well for lenders. Miners shed 1.2 percent amid worries about US/China trade tensions after Washington announced a fresh round of tariffs aimed at imports from the East Asian giant and Beijing unveiled countervailing measures. A deepening spat threatens to disrupt supply chains crucial for Australian exporters. Minutes from June’s RBA policy meeting headline the economic calendar. Language reinforcing the likelihood that the target cash rate will not rise in the near term may prove supportive but mounting trade war worries may yet predominate if the risk-off lead from Wall Street is picked up.