Through three active trading sessions this week in the US, we have had three dramatic changes in direction. 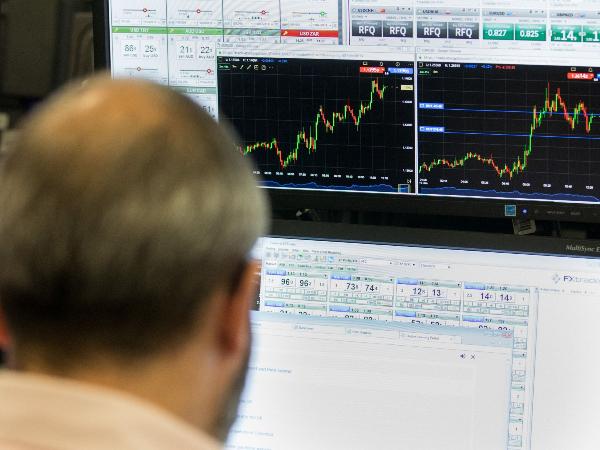 Wall Street shaken by trade fears, but not broken: Through three active trading sessions this week in the US, we have had three dramatic changes in direction. The recovery effort mounted by the benchmark US indices Wednesday was promptly undercut this past session as the term ‘trade wars’ once again returned to the financial headlines. This time, the situation was not the convoluted, trench warfare felt between the United States and China. The reports scrolling the tape were instead the Trump administration’s decision to move forward with its metals tariffs on its closest trade partners. This continues to advance the concern over a status quo for the market is crucial to the ill-deserved progress earned over the past few years between lackluster growth and near-record low rates of return. The S&P 500 and Dow retreated 0.6 percent and 1.0 percent respectively – enough to snuff any expectation of a bullish foothold but not so aggressive as to turn the market to new lows for the week with implications for a stretch to the 200-day moving average. Trade and European stability will continue to earn attention from global investors through the final session of the week, but the May NFPs will offer distraction into a more consistent fundamental channel.

Tonight will see the US employment report for May: The median estimate is for 190k jobs added, but the complementary evidence is building that reports could continue to show a robust US economy that is nurturing an inflationary environment. Within the report, the Average Hourly Earnings is always in focus due to its price pressure through wages. The YoY expectation is a gain of 2.6% in average hourly earnings. If Federal Reserve Governor Lael Brainard has any insight into what may be coming for future US economic reports, traders should anticipate upside risks that may lead to a stronger US Dollar. Brainard said that the Fed might hike past the neutral rate meaning they could take the rate to the point that the Fed’s cash rate acts as an impediment to growth and curb for possible runaway inflation. She also said that the US economy is showing ‘some risk to the upside’ and that the outlook ‘remains quite positive’ while downplaying the flattening US yield curve as ‘just one’ indicator to monitor.

Just when you think trade wars have cooled, the US pushes forward with levy on key partners: When it comes to trade wars, much of the attention recently has kept to the stand off between the United States and China. From the escalating threats of massive duties on imports (and the retaliations) to relief for a stated ‘pause’  to a return with $50 billion in intellectual property tariffs, the situation has proven a slow burner for speculative risk. This past session, a sudden and unexpected rift opened between the US and some of its most important counterparts. The blanket steel and aluminum tariffs originally announced back in March –  but delayed twice – returned with the news that the Trump administration would apply the 25 and 10 percent levies for the two metals on the European Union, Canada and Mexico. This caught the market off guard as the threat was seen more of a tactic to pressure negotiations in the United States’ favor. As expected, officials from all three peers announced they were working on retaliatory measures marking an immediate escalation of this trade war flare-up. The risk associated with the world’s largest economy engaging in trade actions with China – a still country still somewhat disconnected from the global economy and markets – always carried with it a measure of limited escalation. Charting out ‘bad case scenarios’ for the US and European relationship renders far deeper risks and more probable pain.

The EU’s Italian political crisis eases modestly and ECB pressure builds:  As concern over trade returned, fear associated to the stability of the Euro-area eased this past session. We learned Wednesday that effort to form an operable coalition government between 5-Star and League would not be abandoned as party leadership asked the economy minister Paolo Savona to withdrawal from contention for the position. Late Thursday, it was reported that Prime Minister-designate Giuseppe Conte was given mandate to form a government backed by the two populist parties. Conte provided his list of proposed ministers: 5-Star leader Di Maio as Labour and Industry minister; League chief Savlini for Interior minister; professor Tria as Economy minister and EU official Malanesi as Foreign minister. This significantly reduces the risk of the uncertainty brought by another election, but it still maintains a very moves forward with an anti-EU coalition. Further bolstering Euro stability Thursday was the dual release of Eurozone unemployment and inflation. The jobless rate didn’t slip as expected by held at a relatively low 8.5 percent. The headline CPI reading meanwhile jumped from 1.2 percent to 1.9 percent – significantly outstripping the forecasted pace. How much interest is there in forecasting ECB rate hikes 12 months ahead?

Australian dollar caught in a blizzard of global event risk: There is little doubt that the implications of US-generated trade wars will make its way to Australia’s shores either directly in the retaliation fallout or through risk channels. However, the long-tail knock on effects are seemingly not clear enough to form an explicit fear for the Aussie Dollar. Across the market, the currency’s performance was mixed. It would lose ground both to the US Dollar (a safe haven) and the Euro (supported by Italian headlines), but it was steadfast against the Japanese Yen and higher versus the Canadian Dollar. Keep an eye on the intensity of ‘risk’ trends and mark on your calendar the RBA’s rate decision next week.

Tariffs may lead to increased volatility in the commodity sector: There was a significant amount of volatility for the markets overnight as news of US President Trump’s tariffs renewed concern over a simmering fundamental theme. Global leaders fired back at the US push to impose unilateral tariff’s with France’s Macron calling the move an ‘illegal decision’ while the European Commission President Jean-Claude Juncker said it was “a bad day for world trade.” Canada’s Trudeau said that would retaliate which adds uncertainty to the volatility of a number of key commodities that cross the US-Canada border. A majority of global metal makers enjoyed an initial lift on the news as the increased prices are seen providing a short-term tailwind to rising inventory value, but the long-term prospects are less certain if Junker’s claim holds and trade suffers. In other news, the weekly EIA Crude Oil Inventory report that was delayed by Monday’s holiday showed a surprise draw and an unsurprising rise further in US production to new records. The boom in US production has led WTI to trade at a $10 discount to Brent at the widest levels since 2015.

Australian stocks rose on Wednesday with BHP leading the 0.45% advance: Materials were the clear winner on Wednesday with a 32-6 advance-to-decline ratio of material company shares. The ASX rose back above 6,000 following  the biggest single-day rise since May 3. Overnight trade shows that the gains may be hard to hold as news of tariffs from US – and the retaliations being prepared by the EU, Canada and Mexico – continue to hit the headlines. The implied open currently sits at a drop of 11 points or -0.17% despite gains expected by BHP of 0.79%.