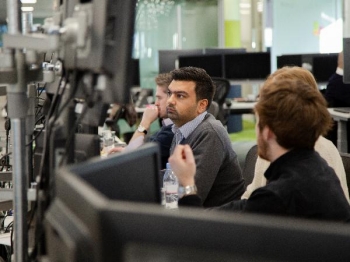 Uncertainties on the trade war, geopolitical issues and the fall in oil prices have led to lacklustre trading in Asian markets on Wednesday, with indices barely seeing activity.

Geopolitical risks are bugbears for investors. Overnight, the markets in the United States (US) ended Tuesday’s session lower, amid mixed company earnings.

The case of the death of Saudi journalist Jamal Khashoggi has led to Saudi Arabia being condemned by countries such as Germany, the US, and the United Kingdom. Germany has stopped the approval of future arm exports to the country due to the incident, while US’s President Donald Trump has said that he is “not satisfied” with the country’s explanation of the journalist’s death.

Oil prices plunged about 5% to two-month lows on worries about demand and increased oil production. However, there are fears that the tension between Saudi Arabia and the US over the murder of Mr Khashoggi may cause Saudi Arabia to withhold oil production in retaliation, driving oil prices higher.

Meanwhile, Italy is facing a budget standoff with the European Union, after getting rejected for its budget plan.