A test of will

Commentary from last week suggested there is a divide between those who believe this rally is just getting underway and those who wait in angst on the sidelines looking for an entry point into a market making new highs with each passing week. After Friday night’s price action, this divide just got wider. 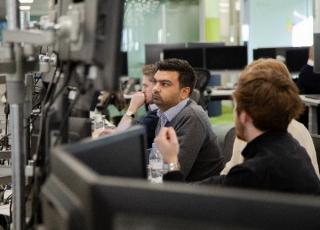 This was again tested on Friday night with the Dow 30 making 60 points 30 minute into the close. Again, there would have been a last minute shorts squeeze as the Dow again makes a new high, only confirmed by a very strong move in the transports index, up by 0.9%.

The equity market may have found buyers late on Friday but the bond market is speaking volumes here, with the ten-year US treasury moving progressively lower to a four-month low of 2.31%. One would be wise to follow fixed income over equities every time, and the buying we are seeing suggests some pulling back on the Trump trade. I like the view of being tactically bearish, but structurally bullish. However, the market technicals (in the equity market) need to show more concern from the bulls. The best time to short is when there is concern or uncertainty and the buyers dry up. We are not at this point yet; when there is a buyer’s strike, the hedge funds go to work.

Markets are great at looking forward, the current rate of inflation in the US has now swept over the 2% level and shows a 60% increase from September 2016. This is the key graph the Federal Reserve will be looking at in the upcoming Federal Open Market Committee (FOMC) meeting on 13 March. This movement in inflation is now showing in the gold market with the precious metal closing over the key $1241 resistance level on Friday night, at $1256.56. The AUD gold price also remains above the key $1600 level, providing short-term price support for our gold digger Newcrest.

Trump’s approval rating continues to slide, now at 44%. A poll conducted by NBC and the Wall Street Journal showed not only a high disapproval rating but a growing concern he is unqualified for the job based on temperament and the potential of having to deal with an international crisis.  Trump will be giving his first address to the US congress on Wednesday 1 March at 1pm AEDT.

In Australia, the bulk of the reporting season concluded last week. Analysts and investors will now be focused on the outcomes of the reporting, which showed a significant recovery in resources, the banks maintaining position and a mixed outcome for the tech companies pushing into global markets. Two standouts were Aconex and Technology One, which are now moving out of the development growth era and maturing. Having to show consistent growth in the coming years will be the next challenge in a very competitive market full of new innovation.

A mixed start for our ASX 200 as the SPI futures contract shows a 16 point discount on open.

Copper remains steady at $2.69 along with the commodities complex in general. Coking coal is also 4% stronger.

With the USD index again finding resistance at the 101.5 level, currency traders will be looking for a breakout of the AUD from this current range of 0.7150 to 0.7760, a solid close over the 0.7760 level would offer a short squeeze rally to a potential 80 handle in the AUD.