The Federal Reserve on Wednesday announced it will raise interest rates, as it raises its forecast for economic growth next year. 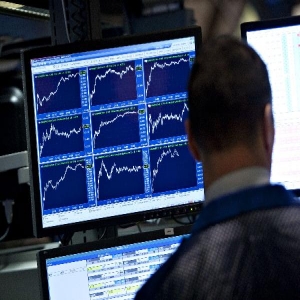 The widely expected decision raised the federal funds rate to 2.25 % up 25 basis points, with another rate hike expected in December, next year and in 2020.

President Donald Trump criticised the decision, complaining that the Fed’s actions are countering his efforts to boost the economy.

"We're doing great as a country. Unfortunately, they just raised interest rates because we are doing so well. I'm not happy about that," Trump said in a press conference.

In a statement, the Fed described its monetary policy as ‘‘accommodative.’’ But Federal Chairman Jerome Powell said that the re-wording, did not signal a policy outlook change, he instead described it as “a sign that policy is proceeding in line with our expectations.”

Inflation was forecast at 2% over the next three years, while the unemployment rate is expected to fall to 3.5% in 2019 and remain the same till 2020.

IG Market analyst Kyle Rodda says “Fundamentally, the central bank’s view hasn’t appeared to shift much since the last time the Fed hiked rates and released this document: the FOMC desires a gradual rate hiking path, reaching a neutral position in 2020 when rates hit about 3.50%.”