The Reserve bank of New Zealand announced on Thursday it will keep the official cash rate at 1.75%. 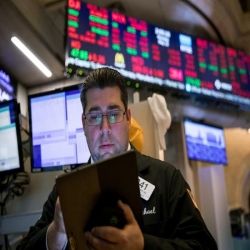 While the reserve bank indicated that the cash rate could move in the future, it says the official cash rate is intended to remain at a record low until 2020.

The decision comes as employment is at a sustainable level, and consumer price inflation remains below 2%.

The bank has held the official cash rate at 1.75 % for the thirteenth consecutive time.

The RBNZ said the decision was made on the assumption that the pace of growth will pick up over the coming year ‘assisting inflation to return to the target mid-point.’

Household and government domestic and on-going spending is expected to support growth, while consumer price inflation is expected to gradually rise to the RBNZ’s 2% target.

The New Zealand central bank said, “We will keep the OCR at an expansionary level for a considerable period to contribute to maximising sustainable employment and maintaining low and stable inflation.”

The New Zealand dollar initially jumped as high as $0.6676 before the decision was released. The NZD/USD then popped to $0.6680 upon the announcement.

The widely expected outcome follows positive business confidence data revealed on Wednesday, which shows more than 50% of respondents have confidence the economy would not deteriorate. The numbers up 12% from August.