New business economic data shows New Zealand business confidence in the third quarter, has dropped to the lowest it’s been in 9 years 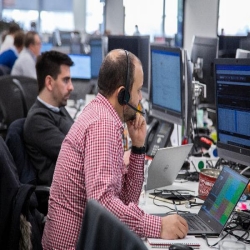 The New Zealand Institute of Economic Research (NZIER) released a quarterly survey measuring business confidence, which showed 30% of firms surveyed expected dire business conditions in NZ over the next year.

The number of firms worried about the economy is up 10% from the previous quarter, which showed only 20% of firms surveyed had worried about business conditions.

A net 0.4 % of firms reported higher demand over the September quarter – the lowest level since September 2012.

The survey shows firms are worried about Government policy, labour costs and availability of labour operating margins, showing these factors were key considerations for businesses when it came to assessing general economic conditions.

Retailers, manufacturers and builders were more influenced by concerns over labour shortages and costs and consumer confidence, suggesting uncertainty over the effects of new Government policies over the past year.

The New Zealand dollar suffered upon the news, pushing down to a low of $0.659. This comes after the dollar improved when positive businesses figures were released last week.