Japan’s economic growth in Q2 has been better than expected, expanding an annualised 3% in April-June. 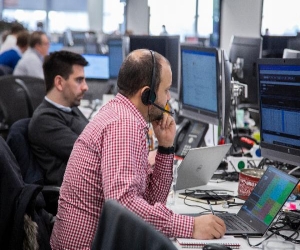 The annualised GDP from Japan’s Cabinet office showed a rise of 3%, compared to an initial reading of 1.9%.

The growth can be attributed to capital spending rising quicker than estimated, despite global trade tensions. Economists also had concern for Japan’s economy, after a spate of natural disasters such as floods, and the most recent typhoon, which disrupted business and consumer activity.

The data showed the annualised growth of 3%, beat estimates of 2.6%.

Capital expenditure of GDP grew 3.1% from the previous quarter, making it the fastest growth since the start of 2015.

Corporate capex rose at the fastest pace in 11 years in Q2, driven by procurement of production equipment for cars and semiconductors, according to a finance ministry survey.

Domestic demand contributed 0.9% points to the GDP, and net exports took off 0.1 % for the second quarter growth.

Despite economic growth, the market on Monday did not move significantly upon the news.