Despite a significant crypto pullback over the last six months, innovation and technological progress continues in decentralised ledger and blockchain technology. IBM is the latest multinational to put its weight behind a digital token which is in principle tied to a government backed security – the USD. 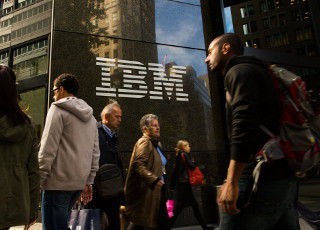 IBM has picked up the cryptocurrency reigns and teamed up with start-up technology firm Stronghold to offer a cryptocurrency asset which is pegged to the USD. The partnership comes at a very interesting time for cryptocurrency assets, as regulation, institutional investments, and wider adoption continue to hit the headlines. Notably, some key cryptocurrency exchanges are looking to increasing their product offering, news of which has caused some significant increases in volumes over the last few days.

Whilst IBM are a leading partner on this project, it’s actually Stronghold which will act as the anchor for the cryptocurrency asset and offer the token, which should ultimately be insured by the U.S. agency Federal Deposit Insurance Corporation (FDIC). Although this may not mean much to those outside America, this agency’s logo adorns the door window of retail banks across the country, and was initiated after the Great Depression in 1933.

What is a stablecoin?

The principle is simple. Offer a cryptocurrency token which runs on a decentralised blockchain, but remains ‘pegged’ to the movements and price fluctuations of the USD. Advocates of this ‘stablecoin’ believe that this offering gives you all the technological benefits which blockchain brings, whilst leaving behind two high profile and well criticised negatives – significant volatility, and a lack of backing by any centralised authority.

In theory, the USD peg means that any volatility which is brought about by free market economics and a change in supply and demand will be reduced to near zero. One way this has been done in the past (most notability if not notoriously) was by Tether Limited, who controlled the on and off ramps for their own tether stablecoin via the USD to tether conversions. When the wider market knew that they would only ever be able to convert a single tether for a single USD, the price was effectively pegged. If the price of a tether dropped to 99 cents, the market would bid it up to $1 (knowing they can buy at 99 cents and sell at $1 immediately). However, if it reached $1.01 the market would sell the tether token back down, in order to maintain equilibrium.

The IBM / Stronghold ‘stablecoin’ runs on the Stellar blockchain

Although the token itself is issued by Stronghold, partnered with IBM, backed by the FDIC, and funds stored in blockchain-focused asset manager Prime Trust, the token still needs to run on a pre-existing framework. Think of this as a train (Stronghold), promoted and partnered with a company laying out a timetable (IBM), with travel insurance for every ride (FDIC), and all revenues held in a conventional bank (Prime Trust). Who provides the actual rails or train track? In this instance, Stellar, one of the top three most prominent blockchains, will be providing the plumbing on which all this will work.