The UK Prime Minster will face a vote of confidence in her handling of Brexit on Wednesday evening, after Conservative MPs look to strip her of her premiership. 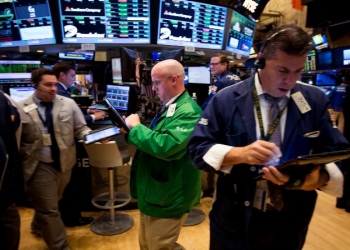 Theresa May will face a vote of confidence on Wednesday night, after Conservative MPs rallied against the prime minister over her Brexit deal.

Eurosceptic Tory MPs have triggered a confidence vote in the prime minister after 48 of them sent letters to Sir Graham Brady, chairman of the backbench 1922 committee, calling for a secret ballot to be held that will determine May’s fate.

The no confidence vote will take place between 6pm – 8pm GMT on Wednesday.

In an act of defiance, the prime minister vowed to fight to retain her premiership, but after pulling a planned Brexit vote in parliament on Tuesday what little support she had for her deal have eroded away.

If May is unable to secure majority support from Conservative MPs – a minimum of 158 votes – the prime minister must step down from her post, with a Tory leadership contest to follow in what is another major setback for Britain’s departure from the EU.

‘I will contest that vote with everything that I’ve got,’ May announced outside Downing Street. ‘A change of leadership in the Conservative party now will put our country’s future at risk and create uncertainty when we can least afford it.’

‘Weeks spent tearing ourselves apart will only create more division just as we should be pulling together to serve our country,’ she added.

May was quick to point out that if she was forced to step down and a leadership contest did ensue, a new leader would not emerge until the new year and that would likely require an extension of Article 50 and delay Brexit until after the 29 March 2019 deadline.

Foreign Minister Sir Alan Duncan urged Conservative MPs to rally in support of May on Twitter on Wednesday morning.

‘For the sake of country, Government and Party I urge all my fellow Conservative MPs to vote for Theresa May this evening,’ he tweeted. ‘Changing the PM at this critical moment in history would be a massive mistake. Stick with her and let’s see it through!’

The vote of no confidence in May, the lack of support for her Brexit deal and the EU’s unwillingness to renegotiate has rekindled fears of Britain bailing out of the bloc without a deal.

MPs in parliament have attempted to quell fears with many saying they would block a no deal exit, but with time running out and a second referendum vehemently opposed by the government, leaving little room for Britain to back away from Brexit a no deal is still probable.