Some of the world’s key decision makers have arrived in Argentina on Friday ahead of the G20 summit. 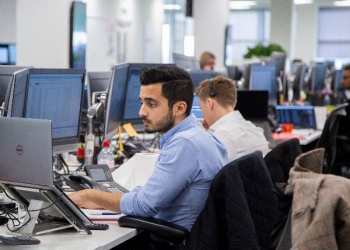 With the world watching closely, many topics are set to be discussed at the G20 summit including: trade-war discussions, oil oversupply and Trump's sanctions on Iran's oil.

Some analysts even speculate there may be a mention of Saudi Arabia's involvement in the Khashoggi murder.

Trump made headlines on Friday after he made an abrupt decision to cancel plans to meet with Russian Prime Minister, Vladimir Putin. A spokeswoman has said Trump made the decision while en route to the G20 Argentina summit.

The spontaneous decision is said to be a result of Russia’s refusal to release Ukrainian Navy ships and sailors.

Analysts are critical of the move, questioning Trump's motive to cancel just two days before the two were set to meet during the summit.

Trump sent a tweet while on the way to the summit, explaining his reasons:

"Based on the fact that the ships and sailors have not been returned to Ukraine from Russia, I have decided it would be best for all parties concerned to cancel my previously scheduled meeting in Argentina with President Vladimir Putin.

I look forward to a meaningful Summit again as soon as this situation is resolved!"

Currency markets are on high alert on Friday, waiting cautiously for the G20 meet between President Donald Trump and Chinese President Xi Jinping on Saturday.

Analysts predict the meeting could result in a trade-war escalation, after Trump expressed talks with China “had a long way to go.”

The US dollar weakened 0.07 % versus the yen at time of writing, while the euro was steady at $1.1390, having risen in the last two sessions on Powell's comments.

While some analysts remain sceptical of a truce between the two nations, some Analysts predict we could be in for a change.

If the meeting resulted in a truce it could mean a boost in emerging market currencies at the expense of safe havens.