China’s Foreign Ministry has summoned US, Canadian ambassadors to China in a “strong protest” over the CFO’s arrest, calling the detention “lawless, reasonless and ruthless,” and “extremely vicious”. 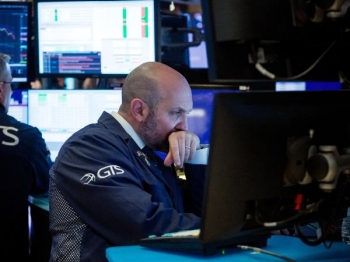 China is boiling mad over the detainment of Huawei’s chief finance officer Meng Wanzhou in Vancouver, Canada, as the C-level executive is accused of helping smartphone maker Huawei dodge United States (US) sanctions on Iran.

The US released news that it has detained Ms Meng, the daughter of Huawei’s founder Ren Zhengfei just days after both the US and China came to a trade truce with a deadline of 90 days in an attempt to end their damaging trade war. Other than serving as the CFO of Huawei, Ms Meng is deputy chairwoman of Huawei’s board.

The Chinese government is now exacting pressure on the US and Canada over the arrest and are demanding for Ms Meng’s release.

China’s Foreign Ministry has summoned US, Canadian ambassadors to China in a “strong protest” against the CFO’s arrest, calling the detention “lawless, reasonless and ruthless,” and “extremely vicious”. In the statement to Canadian Ambassador to China John McCallum, China warned of “serious consequences” to Canada if it doesn’t release Ms Meng.

China’s embassy in Ottawa, Canada's capital, was incensed with Meng’s detention, saying the arrest “strongly harmed the human rights of the victim” and pledged to take “all measures to resolutely protect the legitimate rights and interests of Chinese citizens”. 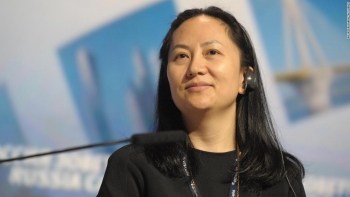 Canadian prosecutors said in a hearing on Friday Ms Meng is believed to have helped Huawei prevent US sanctions on Iran by telling financial institutions that its Huawei subsidiary was a separate company.

Due to an earlier press ban, details on the detainment of Ms Meng were restricted and the ban was lifted only on Friday. A US district court for the eastern district of New York had issued a warrant for Ms Meng’s arrest since August 22.

Ms Meng was arrested on December 1 while changing planes in Canada according to the Canadian Justice Department. Ms Meng was taken to the hospital to be treated for hypertension after she was arrested, Reuters said, citing court documents.

Ms Meng had appeared in court on Friday for the judge to decide if she should be released on bail, but the court was unable to decide then and postponed the hearing to Monday, 1pm Eastern Time.

If Ms Meng’s extradition to the US is approved, the process may take months to be carried out.

Huawei, which sells smartphones and telecommunications equipment globally, has been facing increasing scrutiny as countries including the US are citing security risks from the use of Huawei’s products.

Officials in the US have been singling the company out recently, citing concerns that it poses national security risks. US government agencies are banned from buying Huawei equipment and US intelligence agencies have also cautioned American citizens on the use of the Huawei’s smartphones, claiming the Chinese government are using Huawei’s networking technology to spy on Americans.

Huawei has come forward to state that their products are trusted by customers in 170 countries and by 46 out of 50 of the world’s largest telecommunications firms. "Huawei firmly believes that our partners and customers will make the right choice based on their own judgment and experience of working with Huawei," it had stated.

Huawei toppled Apple as the world’s second-largest smartphone manufacturer this year, trailing behind top dog Samsung. It is also the world’s number one firm in supplying telecommunications networking equipment. The Shenzhen-based smartphone and equipment giant employs 180,000 staff and took home US$92.5 billion in sales last year.