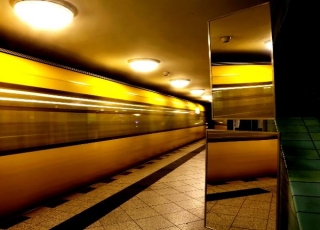 Behind the improved sentiment was another news leak that the US policy makers had reached out to their Chinese counterparts to restart trade negotiations. The latest whispers of conciliation between the two trade war combatants was treated with a healthy dose of scepticism from markets, with the lion’s share of initial price climbs spurred by the news unwinding throughout the day. In saying that, major European indices rallied 0.5 percent throughout that regions session, and the risk-proxy AUD/USD leapt to trade around 0.7175.

SPI futures are indicating an 18-point drop at the open for the ASX 200, even despite futures markets pointing to a positive open for most Asian indices. The Australian market was weighed down by trade war concerns yesterday, with the all-important materials sector selling-off in line with global commodity prices. The energy space held the index together throughout the day, courtesy of a spike in oil prices due to the disruptive influence of Hurricane Florence in oil producing regions in the US. The financials also took a spill, in a story that was under reported for the day, led by losses from Westpac, NAB and ANZ, after Macquarie Bank released a research note suggesting cutting exposure to those banks (in particular) due to the growing pressures higher funding costs and tighter credit conditions will have on their net interest margins.

Although the ASX200 displayed few signs of making a forceful break above the significant 6160-mark, a day of sideways trading could be seen as a positive outcome for the market, considering the continued bloodbath in Asian markets. Chinese and Hong Kong equities clocked their tenth successive day of losses yesterday, in what amounts to the worst losing streak in around 16 years. The CSI300 ended trade clocking a new low for the year, ending trade 0.7 per cent lower and hanging precariously around the 3200-mark. The Hang Seng also continued its swan dive, dropping 0.3 per cent for the session, while the Nikkei 225 shed a comparable values unable to resist any further the broader Asian panic.

Once more, Wall Street marched to the beat of its own drum, trading off firm fundamentals and local stories for the day. The Dow Jones and S&P500 ended trade effectively flat, while news of downgrades to US chip makers coupled with a lukewarm reception to the latest iPhone launch pushed he tech-heavy NASDAQ over 0.2 per cent lower. The upward trend US stock markets looks still in a healthy shape and is prospering during a month of September that is classically a poor one for US equities. Though traders are less than halfway through the month, a respectable end to September positions the US market for a solid end to 2018, with new all-time highs clearly in sight.

The biggest event risk for week will occur tonight in the US: the latest release of US CPI data. Despite not being the US Federal Reserve’s chosen gauge of inflation, the CPI figure provides an important insight into the current and future health of the American consumer, particularly as it relates to real wages growth. Tonight’s consumer inflation data follows on the back of last night’s PPI figures, which undershot expectations and – along with improved risk appetite – was responsible for the US Dollar’s 0.3 per cent fall overnight. With markets fully pricing in a rate hike from the Fed this month, along with an 80 per cent chance of another hike in December, any upside surprise today will have traders reviewing their expectations about the number of likely Fed hikes in 2019.

Monetary policy will be the other dominant theme in the 24 hours ahead, as traders direct serious attention to meetings of the Bank of England as well as the European Central Bank. Very little is expected by way of substantial policy developments, with neither bank to change monetary policy settings. As always, the value will be in the guidance, especially as it relates to effects the trade war and Brexit have on the region’s economic health. Both the GBP and EUR have experienced an uplift in the last week as expectations shift towards a positive outcome out of Brexit negotiations. If positive sentiment reigns out of both meetings today, watch for upside to around 1.3140 for the Pound and 1.1680 for the Euro.

For Australian traders during our session today, the big local release is set to drop in the form of local labour market figures. The release today is expected to reveal that the Australian economy added 16.5k jobs last month, keeping the unemployment rate on hold at 5.3 per cent. When it all boils down to it, the employment data today is terribly unlikely to move the dial on the prevailing view on the Australian economy and the RBA’s policy settings. Interest rate markets have turned slightly more bullish on rate expectations following last week’s remarkably strong GDP print. However, the view is generally still that rates will remain on hold until 2020, meaning fundamental data would need smash expectations extraordinarily to change the status quo.