The AUD/USD traded higher on Wednesday in response to Trump’s comments on Huawei CFO being granted bail. 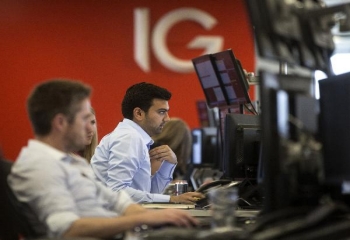 Huawei CFO has been granted bail by Justice William Ehrcke on Tuesday.

Meng Wanzhou will be subject to monitoring, a curfew and other strict conditions to adhere to bail conditions.

President Donald Trump said he would intervene in the Huawei case on Wednesday, using it as a trade strategy to advance trade negotiations with China.

His comments come after the Canadian court on Tuesday granted arrested CFO Meng Wanzhou bail, while she awaits a decision.

Meng was arrested in Canada on December 1st, after being accused by the US of covering up her company’s Iran-linked transactions, violating US sanctions on Iran.

President Trump said the White House has spoken with the Justice Department about the case, as well as Chinese officials.

Trump said in an interview with Reuters: "Whatever's good for this country, I would do." "If I think it's good for what will be certainly the largest trade deal ever made – which is a very important thing – what's good for national security – I would certainly intervene if I thought it was necessary," Trump said.

Analysts say Trump is mixing political gains with a national security situation, which could end badly for markets.

The price jump comes after the dollar had seen falls over Brexit delay news, however the jump didn’t last long after the headlines were announced. Traders were started to sell at time of writing.