The net debt level of UK listed companies hit an all-time high of £390.7 billion in 2017-2018, according to research from Link Asset Services, but this may be the peak.

Borrowing has covered dividends as profits weaken, but at current interest rate levels companies are well able to service their debt, according to Nigel Fish of Link Asset Services (LAS). Corporates are more risk averse than in a credit crunch, with less short-term debt, higher cash balances and an aim to lock in low interest rates for longer. 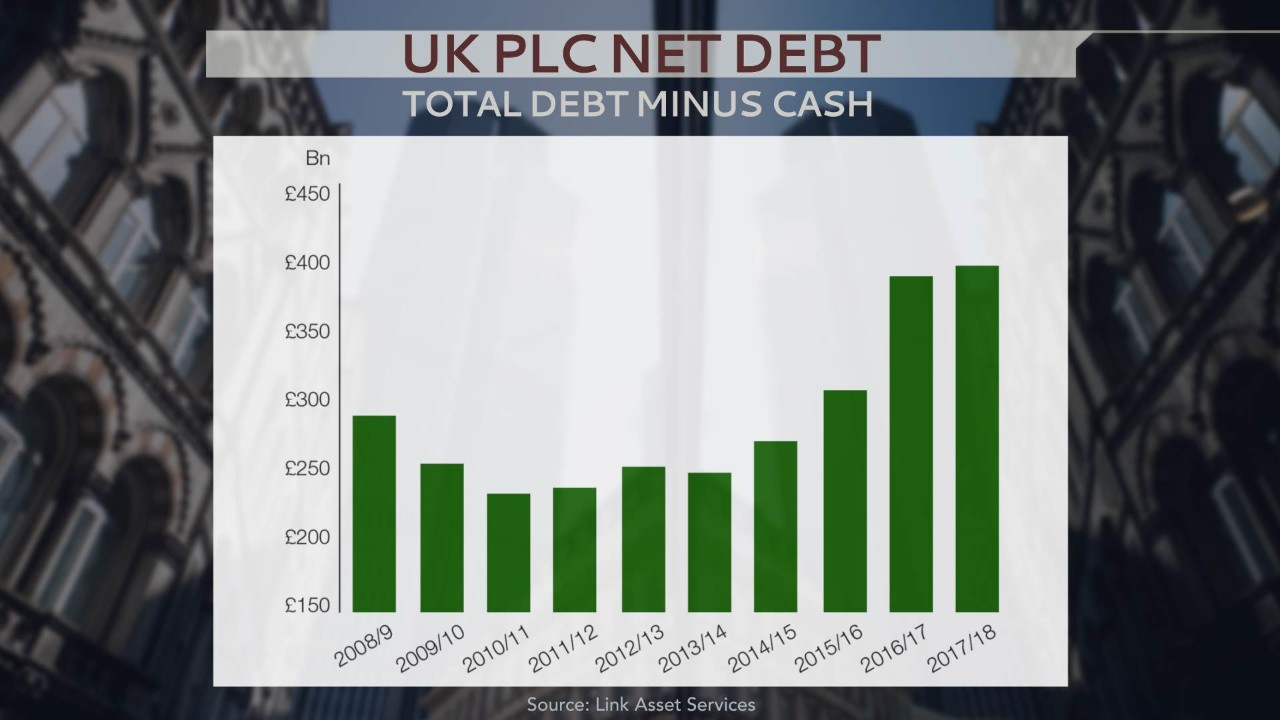 The firm’s research shows that total borrowings, excluding cash holdings, has reached £556.4 billion. Net debt has risen 69% since its low in 2010-2011, a climb of £159.6 billion. It had fallen by a fifth from the start of the financial crisis in 2008-2009. Debt is a good source of finance compared to the cost of equity with interest rates so low, Fish says.

With a rise in UK interest rates to 0.75% in August rated an 80% likelihood by the market, the level and nature of indebtedness is of concern to investors. According to LAS, interest rates take out £1 in every £8 of operating profits.

Corporates looking for a longer fix

Fish says that corporates are taking a more cautious view of the future, looking to fix for longer, locking into historically low interest rates, and giving them certainty over the financing of projects.

Affordability is the key

As to whether this record level of debt is a concern, Fish says the key thing is its affordability, not its level.