The music streaming service has a stock drop after worse-than-expected Q3 earnings. 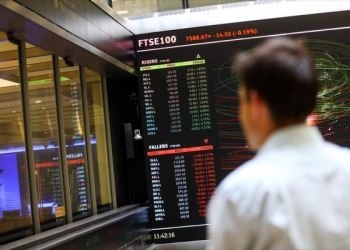 Spotify's third-quarter (Q3) earnings report was good, but not great for investors. The stock of the music streaming company dropped after it released its revenue report.

Spotify was expected to be a major stock since initial public offering [IPO] went public earlier this year. While the stock peaked in the summer, it’s been fluctuating in Q3. The company’s revenue in Q3 was $1.54 billion, an increase of 31% from 2017.

‘The quarter was largely in line with our expectations and our guidance range, except that Operating Margin outperformed our forecast’, said Spotify.

The corporation said that it gained more monthly active users, adding four million subscribers to its paid premium service for a total of 87 million dedicated listeners.

Despite competition from Apple Music and its 50 million customers, Spotify is still the most dominant music streaming provider in the world. The corporation reported that the service is raising its customer numbers in Latin America.

Spotify helped to lift its subscriber base by offering discount plans for students and families. The corporation also had profits predominately through its free, ad-supported service.

Spotify plans to expand its entertainment options through new partnerships. The corporation will join with Hulu and Showtime, two other streaming services, to offer more content to customers.

Spotify warned that profits may decrease in Q4 because of its synergy with Google Home. The company will provide the voice-activated system to new subscribers as part of its family plan. As a result of the discount, the service expects that its future profits will diminish.

‘We anticipate that this partnership will have an adverse impact of approximately 50 basis points on our Gross Margin profile in Q4,' noted Spotify in an address to stockholders.