Unlike British Land and others, Shaftesbury’s focus on central London means that they have not been as badly affected by retail weakness, and also gives them some measure of insulation against the disruption caused by Brexit. The firm retains plenty of funding for further acquisitions, and to provide cash for renovations to sustain the appeal of its areas such as Chinatown and Carnaby Street. At 45 times earnings, the shares are at their cheapest level in four years, well below the five-year average of 53.7.

The shares have declined steadily since May, and faltered around the £9.35 in early November. However, since then the drop back has created a higher low, providing some hope that another attempt to break trendline resistance and then challenge £9.35 may be in the offing. A decline back below £8.80 suggests a move to the October lows at £8.65. 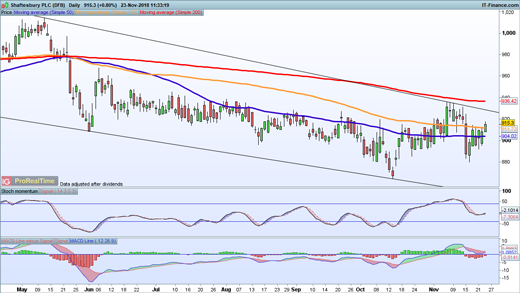 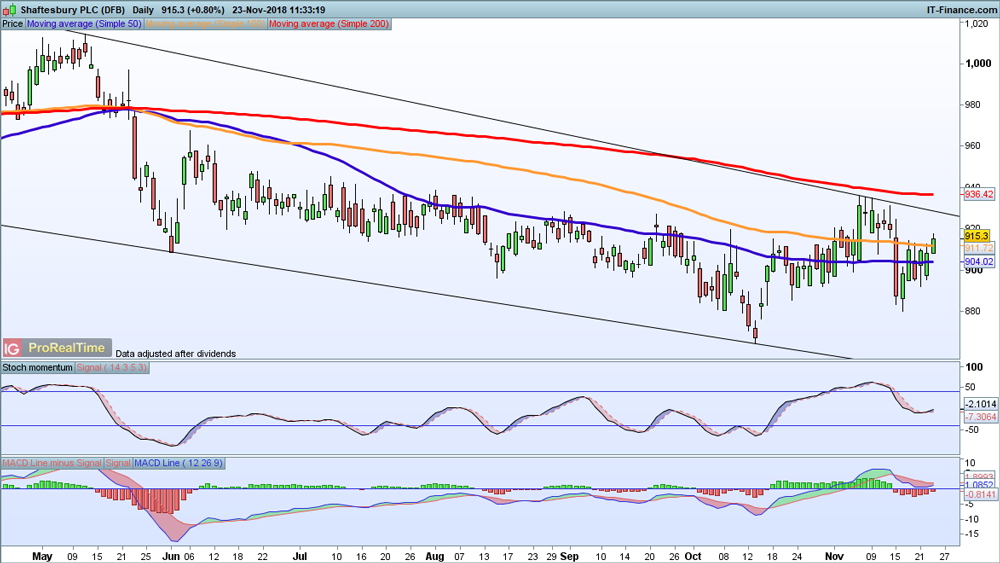 Full-year earnings from Britvic are forecast to see a 2.4% growth in earnings, to 54.2p per share, while revenue is expected to weaken by 3% to £1.5 billion. The average move on results day is 3.16%. The firm has beaten eight out of the past eight earnings forecasts, but missed on five of the last eight revenue forecasts.

Britvic has been successful in dealing with the challenges posed by the soft drinks levy and the CO2 shortage that plagued the industry over the past year. Expansion into the US and Latin America will help revenues, although this will also require further investment. The hot UK summer should also have driven some outperformance. At 14 times earnings, the shares are in line with their five-year average of 14.2, while the current multiple is comfortably below the 20.8 for its peers.

Britvic shares have steadily risen since December 2016, and a dip from January into March provided a strong buying opportunity. However, moves above £8.30 have proven hard to sustain, as we have seen so far this month. The October low and possible support at £7.40 is an area to watch, while rising support from the December 2016 low comes into view just below this. 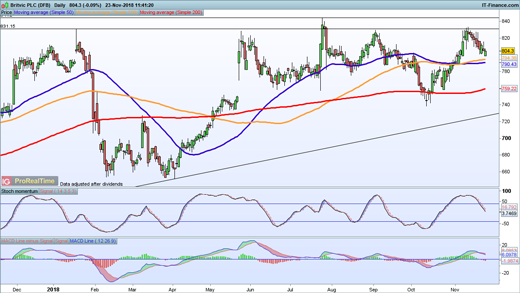 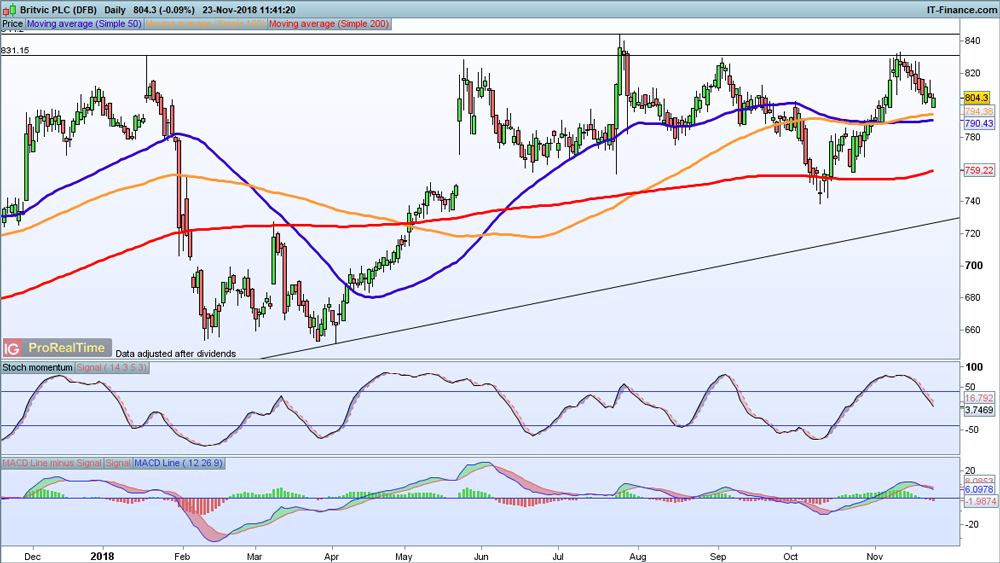 The travel agent is expected to see a 20.4% drop in earnings for the year, to 7.4p per share, while revenue is expected to grow by 4.2% to £9.3 billion. Both of these are expected to be weaker than its peer competitors. The firm has missed forecasts in six of the last earnings figures, and five of the last revenue figures. The average move on the day is 8.7%.

Brexit and its possible effects on UK consumer spending will feature in Thomas Cook’s full-year earnings, but the firm needs to work hard to restore confidence after a tough first half and a worrying profit warning in September. In addition, the firm’s cash position is under pressure, and a deterioration in Brexit negotiations will be disastrous for its flight business – where Thomas Cook is the fifth-largest in Europe. A hot summer will also have hit bookings, although it has shifted some capacity from the Spanish islands to the eastern end of the Mediterranean. At present the shares trade at just 5.1 times forward earnings, above the recent low of 4.5, but well below the five-year average of 9.2.

The shares hit a near six-year low in this month, but they have created a possible higher low over the past week. However, they have yet to break the downtrend line from the May highs, which would require a close above 48p. Above here 55.2p comes into play, while further declines back below 44p would target the October low at 39.3p. 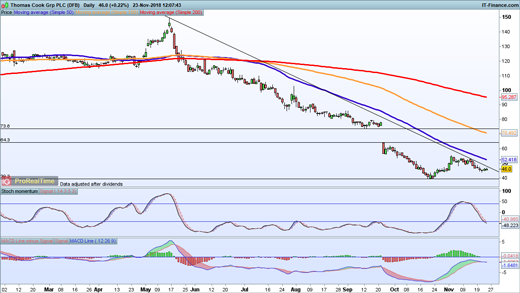 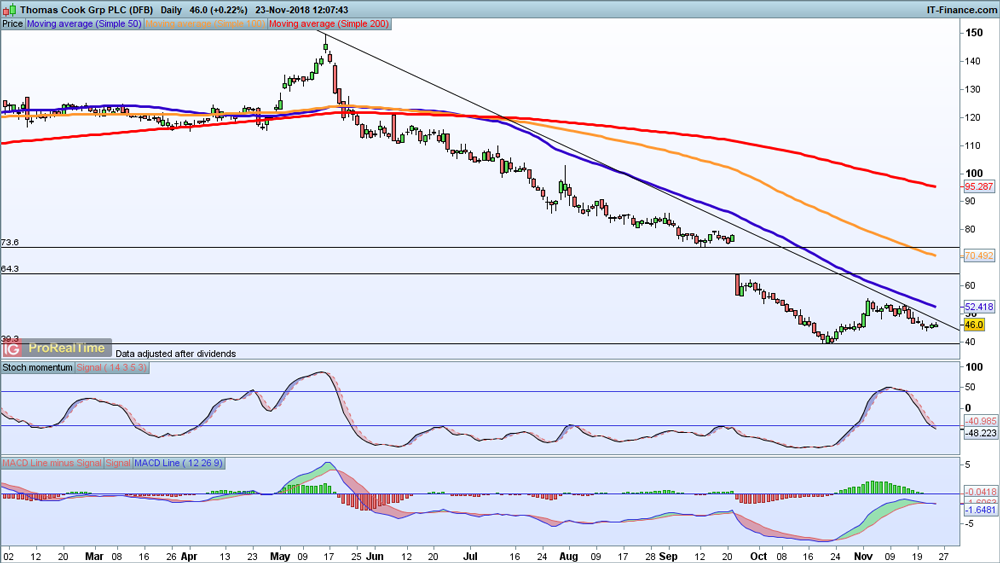